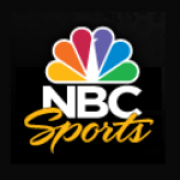 Football season is in full gear and we’ve got the complete 2020 Sunday Night Football schedule below.

The 5-0 Seattle Seahawks head to State Farm Stadium to take on the 4-2 Arizona Cardinals tonight on Sunday Night Football. The original Sunday Night Football schedule featured a match up between the Tampa Bay Buccaneers and Las Vegas Raiders but that game will now take place at 4:05 PM ET on Fox.

The schedule change comes after Raiders offensive tackle Trent Brown tested positive for COVID-19.  Brown and a number of players will be isolating at home while the NFL continues to monitor the situation. The times were swapped in order to ensure fans have a primetime game this week.

For the first time in franchise history, Russell Wilson and the Seahawks are 5-0. The Seahawks, who are coming off a bye week, are the only undefeated team in the NFC. The Cardinals head into this week 7 match up on a two-game win streak. They’ve outscored their last two opponents (NYJ/DAL) by a score of 68-20.

Coverage for all games begins tonight at 7 p.m. ET on NBC or on the NBC Sports app. Click here to see PFT’s week 7 power rankings.

HOW TO WATCH SUNDAY NIGHT FOOTBALL: NBC will stream every SNF game live online for the 2020 NFL season on NBCSports.com and the NBC Sports App. Here you’ll find the full SNF schedule including the teams, match ups, start times, channel, live streams and more. Check back every Sunday to see who’s playing tonight and be sure to follow @SNFonNBC on social.