Close this content
We may earn commission from links on this page, but we only recommend products we believe in. Pricing and availability are subject to change.
Rick Broida
September 12, 2022, 8:05 AM·7 min read

As hobbies go, 3D printing is one of my favorites. With a small (ish) investment into the hardware, you can create just about any object imaginable: A key fob for your Apple Tag (in your face, $35 AirTag Loop!), a full-color Wall-E model (with moving arms and head!), an adjustable phone stand (so you can watch how-to videos hands-free), a working ukulele (BYO strings) or even a complete Iron Man suit (one piece at a time, of course). If you're a total novice at this, I recommend starting with the Creality Sermoon V1, a great deal at $369 and one of the easiest 3D printers I've ever used.

However, it has a pretty small print bed, one that's easy to outgrow. That's why I'm now focusing my attention on a pair of new larger models: the AnyCubic Kobra Plus ($448, from $560) and Creality CR-10 Smart Pro ($699). Both are extremely capable — and extremely large. Make sure you check the measurements before buying and have a dedicated space with enough room.

But is there a clear winner here? Read on to find out. 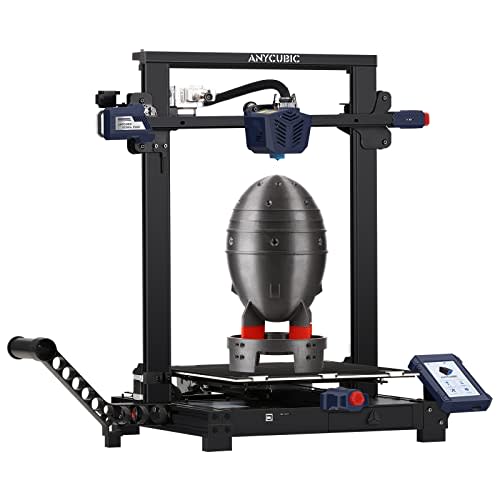 $448$560Save $112
An unusually good 3D printer for the price, the Kobra Plus offers a huge print bed and a refreshingly simple touchscreen interface.
$448 at Amazon

If I were to judge the Kobra Plus on setup alone, I might advise you to steer clear. AnyCubic provides very basic documentation, not all of which is accurate. For example, it mentions retrieving various tools from a drawer in the front of the printer's base, but that drawer arrived empty; all the tools were in a separate bag. The glass print bed was repeatedly referred to as the "grass plate." And the included starter filament isn't even a mini-spool's worth; it's barely enough for a test print.

Novices may also be chagrined to discover that while AnyCubic has YouTube videos for specific tasks (like bed leveling and print-head replacement), there's no actual unboxing and setup video. I was able to find a couple user-created videos; this one proved helpful.

In contrast to the questionable documentation (there's a better, more complete manual on the included microSD card, which also contains Cura slicing software), the Kobra's touchscreen user interface is one of the best I've tried. It's simple to learn and navigate, with large, clearly identified icons for various printer operations. I was also impressed by the printer's auto-leveling system, which proved vastly superior to Creality's. After running the procedure once (which weirdly requires touching a tool to the print head before starting), the bed was perfectly leveled; no manual adjustment needed. That's a big deal, as proper bed leveling is one of 3D printing's toughest obstacles.

However, more seasoned users should note that Z-offset adjustments are limited to 0.5-mm increments; most printers allow for 0.1 mm, which affords more precision. What's more, it seemed any Z-offset adjustments I made didn't carry over from one print to the next. Firmware updates could potentially resolve both these issues.

In testing, the Kobra Plus proved reasonably quiet and decidedly fast, and it produced high-quality prints. Ironically, it's so fast that you don't really get the opportunity to adjust the Z-offset until the print is well under way. Fortunately, thanks to auto-leveling, you shouldn't really need to. (That said, all printers require a bit of fine-tuning, as this one is no different.)

AnyCubic supplies a glass bed, which is certainly better than a standard metal one but not as good as the flexible magnetic plate included with the CR-10 Smart Pro. While glass does allow for better overall adhesion (another common printing obstacle), it can make print removal more difficult. And when the time comes that you need to remove AnyCubic's bed for cleaning, it's a hassle to remove and then replace the six metal clips holding it in place.

Mostly these are nitpicks; the Kobra Plus is a very good 3D printer, one of the better big models I've tested and a bargain if you're able to snag it for below $500. It's harder to set up than the Creality model and doesn't have nearly as deep a user-support bench, but it's actually easier to use thanks to the simple touchscreen UI and the auto-leveling feature. If you want big prints without a lot of hassle, this is definitely worth considering. 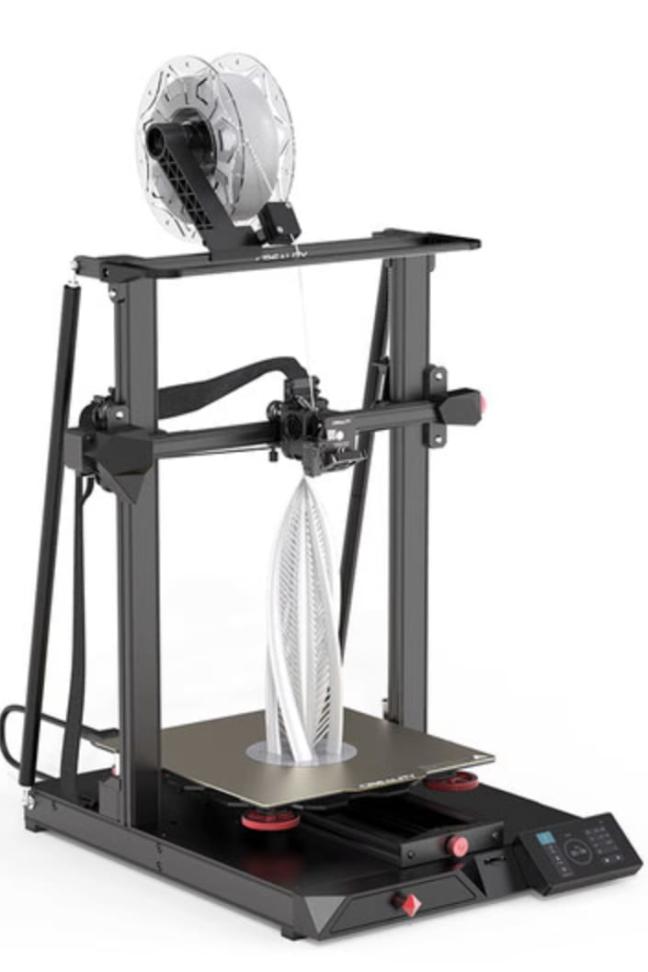 Creality's pricey CR-10 Smart Pro is a solid large-format 3D printer, but it's "auto-leveling" feature is a bit misleading. If you decide to buy one, wait for a sale.
$699 at B&H Photo

You're probably wondering if the CR-10 Smart Pro could possibly be worth over $200 more than the Kobra Plus, especially given their size similarities. The answer is a qualified "maybe." This is arguably the best large-bed 3D printer Creality has made to date, but it still suffers from a few annoying quirks — and that price is hard to swallow.

The Smart Pro is able to handle prints up to 400mm tall, slightly higher than the Kobra (which tops out at 350mm). That could prove important for things like Mandalorian helmets, or anything else you're hoping to print in a single piece.

There's also an LED light strip that nicely illuminates the print bed, an HD camera you can use to remotely monitor print progress, onboard for Wi-Fi for wireless printing and monitoring via Creality's app and a removable spring-steel magnetic print bed. All these features are nice to have, but hardly essential.

The Smart Pro went together very quickly, with only the transom and a few cables needing to be installed. Because the filament feeds from a top-mounted spindle, the CR-10 has a slightly smaller footprint than the Kobra Plus, which feeds from the side. Even so, you'll need a large space to accommodate it.

It's worth noting that because Creality is arguably the best-known and most popular 3D printer maker, you'll find a large and active user community (on Facebook and elsewhere) and tons of tutorial videos on YouTube. Those are important resources, especially to beginners. When I was starting out with 3D printing, lots of Creality users came to my rescue with help and advice.

Unfortunately, I needed a bit of help here as well. Although Creality bills this as an "auto-leveling" printer, it's really not; leveling also requires manual adjustment of the four corners of the print bed, something I didn't realize until after my first prints failed. Thankfully, Creality proper has several useful setup videos, including one on leveling. It's a hassle, though, one that made me long for the simplicity of the Kobra Plus.

That said, the Smart Pro can handle a wider variety of materials, including carbon fiber and nylon, something to consider if you want to venture beyond the more traditional types of filament (namely PLA, ABS, PETG and TPU).

Because I've used various Creality models before, I wasn't surprised to discover that the CR-10 Smart Pro churned out near-perfect prints. The flexible bed made it a snap to remove those prints, though occasionally I did run into problems with adhesion. Creality's touchscreen UI is a little less intuitive than AnyCubic's, but still fairly easy to master.

Overall, I liked the CR-10 Smart Pro a lot. But I'm less enamored with the price, which seems steep for what you get.

AnyCubic Kobra Plus vs. Creality CR-10 Smart Pro: Which 3D printer should you buy?

If you want to print cosplay helmets and other large items, either of these printers will get the job done efficiently. That said, I have to give the nod to AnyCubic's Kobra Plus, which is not only more affordable, but also easier to use thanks to its well-implemented auto-leveling feature. It's quick and quiet, too, able to zip through print projects faster than many smaller models I've tried.

Whichever printer you choose, wait for a sale. At the time of this writing, both were discounted below their retail prices, and I've seen that happen repeatedly with various models from both companies.