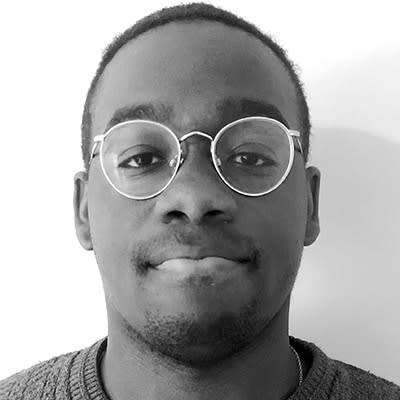 On the last night of the Democratic National Convention, a few minutes before Joe Biden’s speech accepting the presidential nomination, Brayden Harrington, a 13-year-old from New Hampshire, spoke about the special bond he shares with the former vice president: Like Biden, he stutters.

“Without Joe Biden,” Brayden said, “I wouldn’t be talking to you right now.” Harrington met Biden at a CNN town hall meeting, where Biden talked about his lifelong struggle with stuttering. Biden told Brayden that they are “members of the same club.”

Brayden delivered a moving speech expressing admiration for Biden. “It was really amazing to hear that someone like me,” he said, “became vice president.”

Biden has been open about his struggle with stuttering, and Brayden found in him a kindred spirit who was willing to share some of his techniques to overcome it. “He told me about a book of poems by Yeats that he would read out loud to practice,” the boy said. “He showed me how he marked his addresses, to make them easier to say out loud.” He then showed the audience his own address, illustrating just how much Biden has helped him.

“I’m just a regular kid,” Brayden said with a smile, “and in a short amount of time, Joe Biden has made me feel more comfortable about something that has bothered me my entire life. Joe Biden cared.”

Brayden believes that Joe Biden cares about the future too. “Kids like me are counting on you to elect someone that we can all look up to, someone who cares. Someone who will make our country and the world feel better.” In a convention filled with moving moments, Brayden delivered one of the more poignant speeches.

A few minutes later, Biden took the podium to deliver his acceptance address. He did not stutter.