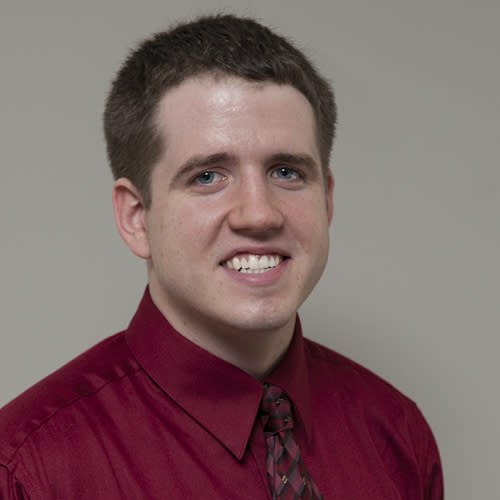 As of right now, he claims he’s not concerned anymore about his extreme catching splits when throwing to Wilson Ramos instead of his preferred option, Tomas Nido.

As of right now, the other players in the clubhouse are his family.

And, lastly, as of now, he still respects the Mets’ front office and ownership.

Syndergaard’s repeated use of those four words Tuesday was certainly telling. As of right now, he’s still a Met. But, with each incident, like his latest meeting with the coaching staff to express his displeasure in not being paired with Nido during this past Sunday’s 10-7 loss to the Phillies, it becomes harder and harder to see how these parties can coexist all that much longer.

It seems a matter of when, not if, Syndergaard will leave town.

“I’ll admit I can be stubborn at times, but I want the best of the best for the team and want to compete to the elite level I think I can compete at,” Syndergaard said Tuesday afternoon. “I’d say I’m welcome and wanted here.”

While Syndergaard still possesses elite stuff that can match any pitcher in baseball, the growing expectation is that this partnership with the Mets will eventually run its course. It could be this offseason via a trade, or after the 2021 season when he’s set to become a free agent, but it seems he’ll be pitching elsewhere.

The Padres and Rangers seem like potential fits for the sturdy Texan.

These little moments of dissatisfaction just keep adding up, and it’s clear that Syndergaard is not going to be treated like the top star on his own team, at least not with Jacob deGrom anchoring the Mets’ rotation.

This latest situation is the second time this season that Syndergaard’s catcher of choice has become a topic. When Syndergaard returned from the injured list in late June, he let it known that he wanted to throw to Nido, the backup. He owns a 2.45 ERA throwing to Nido, compared to a 5.09 ERA with Ramos.

“In terms of pitchers and catchers there is a certain ‘it’ factor,” Syndergaard said of his drastic splits. “There’s a relationship, like a symbiotic relationship that two guys can possess and all about being comfortable out there.”

This past weekend, the Mets elected to have Nido start with Marcus Stroman on Saturday in hopes of getting him going since he catches the low ball better than Ramos. Stroman relies on his sinker, and pitches to the bottom of the zone.

Syndergaard also prioritizes his two-seamer and pitches better low in the zone, but the Mets had Ramos catch Syndergaard.

That Nido is preferred to Ramos is not a sentiment exclusive to Syndergaard with others, including deGrom, also preferring the backup. Ramos tries his best and works hard behind the scenes, but his defensive metrics aren’t pretty. The Mets signed the veteran for his bat, not his glove.

The difference between deGrom and Syndergaard, though, is deGrom has not let it affect him the way Syndergaard has, and he’s made that pairing work. Syndergaard allowed four runs in five innings with Ramos on Sunday, and the Nido-Stroman pairing also backfired with Stroman yielding five runs in four innings.

“As far as Wilson, I have nothing but respect for the guy, doesn’t change our relationship between one another, he busts his ass every day, ultimate respect for him,” Syndergaard said. “My main concern was having an open dialogue with the front office and coaching staff, and my initial frustration on why there are these extreme splits with different catchers, more so the matter is it’s all on me.”

Syndergaard certainly seemed aware of the fact that the Mets are not allowing him to have a personal catcher one year after they allowed deGrom to have one. DeGrom mostly threw to Devin Mesoraco last year during his historic season.

Mets manager Mickey Callaway noted that the Mets had nothing to play for last year and deGrom deserved every chance to make a run at that individual award. This year, the Mets are in the race, and Ramos, despite his defensive flaws, has been one of baseball’s best hitters in the second half.

Syndergaard said watching deGrom and Mesoraco work together was like “watching Bob Ross painting” but sees similarities to his situation this year with Nido.

“I completely agree,” Syndergaard said of the connection.

While a disagreement regarding a catcher may seem inconsequential, it’s part of the broader picture in which the have been Mets shopping Syndergaard since last offseason, revealing how they truly feel about the righty.

They have let it be known that they are open to dealing Syndergaard despite his two-plus years of remaining team control, and are expected to shop him again this winter. It’s understandable that a team would explore its options, but they could just as easily pursue a contract extension as a big-market team.

Contrast this approach to how the Mets never seemed inclined to trade deGrom, and gave him a contract extension with two full seasons left on his deal. They signaled they wanted to extend deGrom, and then backed it up. With Syndergaard, the Mets are eager to find out what they can receive in return.

Syndergaard can be a handful at times, and has landed on the injured list in three straight seasons, but he’s still one of the game’s best No. 2 starters.

That the Mets are so open to moving Syndergaard has caused concern among teams interested in Syndergaard, per a source. Mets GM Brodie Van Wagenen used to be the co-head of CAA Baseball, and Syndergaard is a CAA Client, although Van Wagenen did not represent him. Van Wagenen, however, did represent deGrom.

It seemed quite revealing that Syndergaard had to be asked twice about his feelings on the Mets’ front office before mentioning them.

He also is not pleased that the media learned of his meetings with the staff and Van Wagenen was leaked to the media, which is never a good sign since that can lead to distrust.

“Umm, as of right now, the 25, 40 guys in the clubhouse, those guys are my family,” Syndergaard said in response to the first question.

After a follow up, Syndergaard replied: “Umm, as of right now, I respect each and every one of those (front office and ownership) guys. I really appreciated the open dialogue and conversation we had and hopefully we can grow out of it.”

Syndergaard is lined up to pitch Friday against the Dodgers at Citi Field. Unless the Mets sit Ramos twice in the next three days or in back-to-back games against Arizona, it seems Ramos, not Nido, will be catching him again.

The numbers certainly suggest that Syndergaard should be throwing to Nido, and it’s clear there is a certain comfort level that is in play here — putting Syndergaard at ease and perhaps increasing the Mets’ chances of winning. Four back in the NL wild card race entering Tuesday, they need every win they can get.

“I’m under the impression when Mickey makes the lineup,” Syndergaard said, “he’s making the lineup to put the team in the best possible situation to win a game.”

If this Mets season ends without any postseason ball, the rumors will start up in full force again regarding Syndergaard. Perhaps these will be his final few starts as a Met.