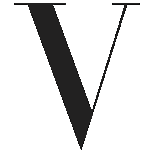 Bernie Sanders announced his immigration platform on Thursday, becoming the first and only 2020 Democratic candidate to call for the abolition of U.S. Immigration and Customs Enforcement and Customs and Border Protection. (There’s probably little need to remind you where President Trump stands on the issue.)

In a plan that the Intercept called “arguably the most ambitious of any Democratic presidential candidate’s [sic] so far,” Sanders pledged to support the Domestic Workers Bill of Rights, which would “provide domestic workers with at least a $15 minimum wage, strong protections for collective bargaining, workers’ rights, workplace safety, and fair scheduling,” regardless of immigration status, and reinstating the DACA, or Deferred Action for Childhood Arrivals, program.

The comparison between Sanders’s plan and the other Democratic front-runners’ is striking. Sanders’s plan goes measurably further than, for example, Elizabeth Warren’s—in July, she pledged to “remake CBP and ICE in a way that reflects our values”—and from a progressive standpoint, he’s miles ahead of Joe Biden, who served as vice president under an administration with a higher deportation rate than any other in U.S. history.

The Trump administration’s targeting of immigrants is currently one of the largest stains on the national conscience, and in order for a constituent who cares about the issue to be truly excited, rather than just resigned, about voting for a Democratic candidate, the candidate would have to pledge to reverse course entirely. In announcing his plan, Sanders did just that—and seems likely to remain alone in doing so.

Given all of this, it was somewhat surprising to see that, a day after Sanders announced his plan, not many major news outlets gave much emphasis to his announcement. The New York Times did cover the news, sparingly, and the Washington Post framed the story as a more general commentary on several candidates’ immigration stances. It fell to smaller and speciality outlets to spotlight Sanders’s announcement as worthy news on its own.

But, then again, it was only somewhat surprising that Sanders’s immigration proposal was glossed over by major news outlets, given the general lack of focus on the senator’s campaign throughout this seemingly endless election cycle.

It’s doubtful that there’s some sort of media conspiracy going on to misrepresent Sanders’s standing in the 2020 race, but the numbers speak for themselves; for example, between October 28 and November 8, the New York Times appeared to have published more than four times as many articles about Warren than it did about Sanders, despite the fact that Sanders is consistently polling just a few percentage points behind Warren (in fact, a Reuters poll this week found Sanders ahead of Warren by 4%, crediting the rise in support for Sanders to a post-debate spike). Sanders’s top aide Jeff Weaver criticized the “undiscriminating coverage of polls that fit existing narratives” from CNN, MSNBC, and major newspapers in August.

It’s an incontrovertible fact that much of Bernie’s base is younger and more diverse than the myth the “Bernie bro” implies; as usual, there seems to be a disinclination to amplify the voices of young people, women, and people of color, particularly when they’re telling a story that deviates from expectations.

Sanders is by no means the only candidate in the 2020 race appealing to voters who don’t happen to be straight, cis, well-off white men; Warren is gaining ground with black voters, and her plan to cancel student debt has won over many young voters (although the demographic is still led by Sanders). Nonetheless, Bernie has won the endorsement of young Democratic firebrands like Alexandria Ocasio-Cortez, Ilhan Omar, and Rashida Tlaib, who have engaged millennial and Gen Z Americans—many of whom will be newly eligible to vote in 2020—in unprecedented ways.

Even when Sanders won those highly coveted endorsements, though, the story never quite broke through; the story accompanying a recent New York Times poll focused almost exclusively on the battle between Biden and Warren, despite Sanders’s significant gains in Michigan, Pennsylvania, and Wisconsin.

In a way, it feels like what Charles M. Blow termed the “Bernie blackout” in 2016 all over again. It’s understandable that Sanders isn’t leading the national conversation, given that he’s ranked third in most polls, but don’t aspects of his campaign—like the fact that he resumed a campaign schedule remarkably soon after suffering a cardiac episode—deserve a little more airtime?

Sanders already proved himself a viable candidate as the Democratic runner-up in the 2016 presidential campaign, finishing at 46% to Democratic nominee Hillary Clinton’s 54%, consistently outraising Clinton on the 2016 campaign trail. He continues to outraise many of his 2020 opponents; his campaign announced that it had raised $25.3 million in 2019’s third quarter, outdoing Biden, Pete Buttigieg, and Kamala Harris, with the average donation being around $18. (In contrast, Biden’s average donation was more than double that sum, reflecting his popularity with older, more solidly middle-class voters.)

Sanders’s campaign also led the race in volunteer-organized events as of this summer. That’s the kind of community organization money can’t buy, the kind that drove nearly 26,000 people, among them many working-class women of color, to Sanders’s New York rally in October.

That grassroots-level support, along with political factors like the zero-tolerance progressivism of his immigration plan, is why young voters are increasingly tending toward Sanders; this excitement and sustained volunteer action among young, diverse voters feels analogous to Barack Obama’s success with small donors in the early days of the 2008 campaign. Like Obama, Sanders isn’t perfect—his 2007 vote to kill immigration reform still rankles—but his campaign’s momentum is real.