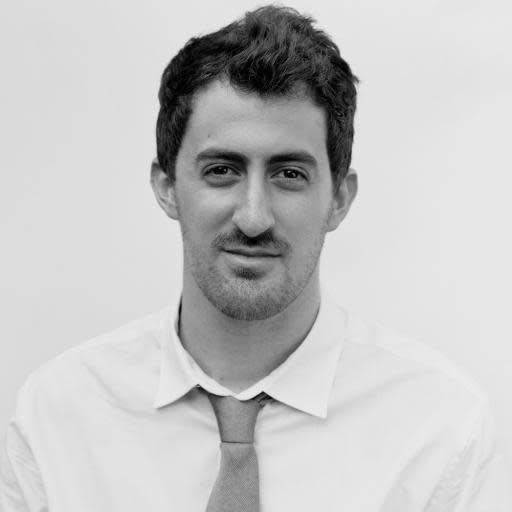 Stocks have seen two days of steep losses amid concerning new reports about the spread of coronavirus to countries like Italy, Iran, South Korea and Switzerland. The Dow Jones Industrial Average (^DJI) fell by more than 1,000 points on Monday, its worst day in two years. On Tuesday, stocks fell again, for two-day losses of more than 1,800 points.

Bitcoin and other cryptocurrencies had a brutal two days as well, calling into question a popular pitch some crypto believers push: that cryptocurrencies are a safe haven, an asset class that offers stability and wealth preservation during periods of heightened uncertainty and market volatility.

Amid the rout in equities on Monday afternoon, bitcoin (BTC) was down by more than 3%, ether (ETH) was down 3%, XRP was down 5% and bitcoin cash (BCH) was down by nearly 7%, creating a sea of salmon-pink on our Yahoo Finance cryptocurrency heatmap, which displays the entire crypto market as a series of color-coded boxes, with the color reflecting each coin’s movement in the past 24 hours and the box size representing each coin’s market cap.

On Tuesday, coins fell again, with bitcoin down more than 3% and ether, XRP, and bitcoin cash each down by nearly 6%.

Of course, two down days do not make or break a market trend theory, and bitcoin believers argue that bitcoin has proven itself as a store of value over the longer run.

The coronavirus is exactly the kind of health crisis that should, in theory, boost the value of bitcoin and cryptocurrencies. In the past, bitcoin has risen during bank crises in countries like Greece, a sign that people without access to the banking system do see it as an alternative option.

Even before coronavirus, news out of China was already a major driver of cryptocurrency trends in the past six months as Xi Jinping has made clear his aim for China to develop a state-backed cryptocurrency, something that Facebook CEO Mark Zuckerberg has warned about and that even Fed Chair Jay Powell has been watching.

Bitcoin is often called “digital gold,” but the price of gold rose this week while stocks and bitcoin fell. It might be most correct to conclude from the last two days that crypto looks uncorrelated to equities, but the jury is still out on whether it is a safe haven asset.

For some odd reason, I don't think the Coronavirus is bullish for Bitcoin narrative makes much sense.

The media talking about a pandemic isn't going to get people around the globe to buy a speculative asset, it's going to get them to buy preserved food and face masks.

“This is still a very nascent, volatile asset class,” says Frank Chapparo of bitcoin news site The Block. “If I’m an investor and I want predictability in my portfolio, I’m not going to be outsized allocating to bitcoin and other digital assets. Now, that doesn’t mean that this narrative of bitcoin being a hedge against global economic insecurity or political insecurity [is wrong]. That’s still something that could play out over the next ten, fifteen, twenty years.”

Daniel Roberts is an editor-at-large at Yahoo Finance and closely covers bitcoin and blockchain. Follow him on Twitter at @readDanwrite.

Cryptocurrency CEO who paid $4.6M for lunch with Buffett: 'It might be unrealistic'