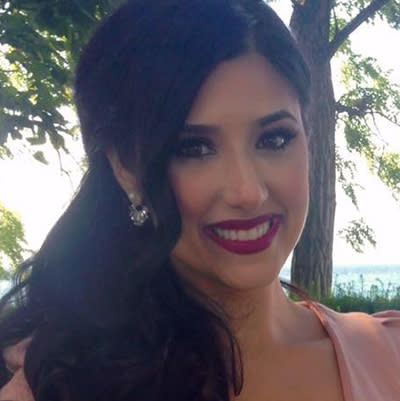 The 38-year-old star, who is currently pregnant with her third child, is being slammed for her weight gain after sharing a new video to Instagram.

In a paid partnership post with TeamiBlends, a popular brand of detox teas and products, Simpson said she’s been using the company’s green tea detox mask to help reduce swelling during pregnancy.

ALSO SEE: Nina Dobrev hits back at online trolls who call her ‘too skinny’

“Right now my face feels bloated and sluggish,” Simpson told followers. “I just want a mask to tighten things up.”

All you moms out there know what it feels like to have your face feel bloated and swell during pregnancy 🙈! Being a #teamipartner and using @teamiblends natural green tea detox mask has been a serious lifesaver right now- it’s gentle on my skin, pulls out my blackheads (AMAZING) and leaves my skin soft and tight. 😍 I definitely stand behind this brand and love that it’s American based and female founded 💃🏻🇺🇸. I hope you ladies treat yourself to an affordable at home spa day and save 25% by using code: JSIMPSON when you get it! #thankyouteami #cleanskincare

The post immediately drew criticism, with many people commenting on Simpson’s laboured breathing and visible discomfort.

“Holy cow your face does not feel bloated, it is! You are bloated!” one follower wrote to the “Dukes of Hazard” actress.

“Has she really had bad habits this pregnancy?” wrote another, along with elephant emojis. “I thought legit her body was rejecting this pregnancy haha.”

Warning…Don’t lean back on the toilet when pregnant 🤦🏼‍♀️

Simpson’s appearance has garnered much attention throughout her career. A one time spokesperson for Weight Watchers, those close to the star report that during pregnancy she has been craving junk food.

“She’s so big that some guess she’s gained around 100 pounds during this pregnancy,” A source told RadarOnline. “Jessica is extremely sensitive about the way she looks, and yet she refuses to fight her cravings.”

Despite her critics, Simpson’s fans remain loyal, and has even gained more followers for being so candid about her pregnancy struggles.

In addition to swelling, mom of six-year-old Maxi Drew and five-year-old Ace Knute has revealed she’s been suffering from severe acid reflux, and has been sleeping in a recliner to help with her symptoms.

“Thank you for being a normal human @jessicasimpson!,” a fan wrote the star. “We see so many Kylies  out there who are doing bathing suit shoots the day after giving birth…but thats not reality…certainly not for most women in the world!”

Check out Yahoo Canada’s podcast, Make It Reign — our hot takes on all things royals in a non-stuffy way — on Apple Podcasts and Google Podcasts.