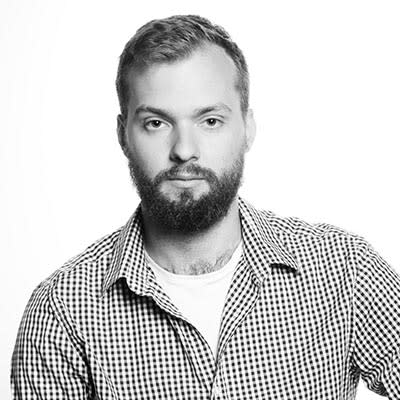 In the bottom of the second in Game 2 of the wild-card series, Toronto Blue Jays pitching coach Pete Walker took a trip to the mound he never imagined making.

Just five outs into Hyun-Jin Ryu’s outing, the left-hander had allowed seven hits and three runs. He’d just issued Yandy Diaz a four-pitch walk -- something he’d done just once in 67 regular-season innings. His velocity was also down. His fastball had topped 90 mph just once in the ballgame. Ryu hadn’t just misplaced his best stuff, it was well and truly missing, and there were already two Tampa Bay Rays on the bases.

The moment was the crossroads in the Blue Jays’ 8-2 loss to the Rays --  the final defeat of their season.

It’s impossible to know how things have played out differently from there, but we know for certain what happened when the Blue Jays left their discombobulated ace in the game. After a Bo Bichette error -- the second of a truly cursed game for the young shortstop -- Ryu left an 85 mph cutter up to Hunter Renfroe, and the slugging outfielder parked one in the left-field seats.

The 3-0 Rays lead prior to that swing was already an axe over the Blue Jays’ neck, considering the quality of Tampa’s pitching. Renfroe brought it down.

From there, the Blue Jays had some nice moments, like Danny Jansen hitting two home runs, including the longest of his career, and Nate Pearson coming in and blowing away just about every batter he faced with 100 mph heat -- but they were a dead team walking.

When the Blue Jays were drawing up their plans for this postseason -- plans that verged on complete game scripts -- the one constant was an assumption that they could count on a solid start from Ryu.

Everything else was built around that.

The bullpen could be leaned on heavily in Game 1 and Game 3, because Ryu would give them a big start in Game 2. Pushing Ryu back a day would give him extra rest to maximize his performance. On paper, it all made sense, but it also showed precisely why the Blue Jays weren’t ready to compete with the Rays.

No matter how good your blueprint is, if it centres around one guy it’s not going to be good enough to compete at the highest level. Baseball isn’t a sport where one guy can carry a team. Not over the course of a season. Not over the course of a series -- even an exceedingly short one. Mike Trout has played three playoff games, he has yet to win one.

Ryu was as worthy of the Blue Jays’ faith as humanly possible. He followed up a season where he was the Cy Young runner-up with a 2.69 ERA in a shortened year. He’s been everything the Blue Jays could’ve possibly hoped for since signing him to an $80-million dollar deal in the offseason.

On Wednesday, he just didn’t have it. That happens sometimes, and it can break your back in a game. It only takes you completely out of a series if that guy is your plan A, B, C -- which is precisely what Ryu was.

It seems likely the Blue Jays are going to return to the playoffs soon. Not only is their roster full of ascending talent and their payroll flush with flexibility, October baseball looks like it’ll remain fairly inclusive going forward. That means this playoff experience should teach them something they can carry into the next one. In this case, it should teach the club just how important it is to have multiple top-of-the-rotation guys, or at the very least a couple of reliable middle-of-the-rotation types.

Prior to 2020, they retained Matt Shoemaker and brought in innings eaters like Chase Anderson and Tanner Roark. When the season was on the line, Shoemaker was given a three-inning leash, Anderson sat on the bench in the bullpen, and Roark didn’t even make the playoff roster. None of their three midseason pickups -- Taijuan Walker, Robbie Ray, and Ross Stripling -- were impressive enough to lock down a playoff start that was guaranteed to take place.

Now that the Blue Jays are firmly in the upward swing of their trajectory, these types of acquisitions won’t be good enough. Whether it’s the growth of Pearson, the ascension of one of the bullpen guys, or another major free agent signing, Ryu is going to need some serious help.

Any pitcher is capable of having a rough day at the office, the chances of a rotation of solid options all tanking simultaneously is almost non-existent. The Rays probably would have been fine if Blake Snell or Tyler Glasnow hadn’t performed in this series with Charlie Morton waiting in the wings -- and there was no way all three of them were going to roll over.

The Blue Jays put all their chips on number 99, and came up empty. Next time they’re in this position, it would be prudent to sprinkle them around.