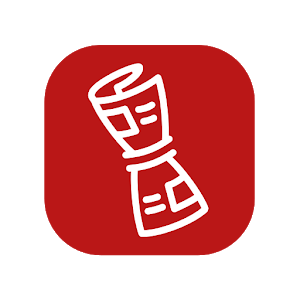 22 May 2019: These Bollywood stars are successful entrepreneurs in new avatar

He owns a production company, Red Chillies Entertainment, which also has a VFX and special effects department.

Apart from that, he's the co-owner of KKR, one of the richest IPL teams.

But, do you know SRK isn't the only film star to mint money through a side business?

Fact: To note: Only out-of-limelight actors' businesses have been considered

Before we start, we must tell you that we haven't focused on those actors who have production companies, like Anushka Sharma, Priyanka Chopra, Akshay Kumar, etc. Our list will comprise those businesses that are not related to films, and also of out-of-limelight stars.

Plans: Sush had planned to open a 'lifestyle zone' in Kolkata

Susmita Sen, who celebrated 25 years of being Miss Universe yesterday, was also one of the few Bollywood actresses to venture into entrepreneurship pretty early in her life.

In 2006, she launched Sensazione, through which she had planned to open a chain of hotels, lounges and spas.

Around the same time, she also had acquired 12,000sqft of space in Kolkata for a 'lifestyle zone.'

Sushmita's list doesn't end here. She had also opened a restaurant called Bangali Mashi's Kitchen, which has unfortunately closed down. The 43-year-old currently owns a jewelry line based in Dubai, Renee Jewellers, named after her elder daughter, which is largely managed by her mother.

Entrepreneurship: Twinkle Khanna makes loads of money through her businesses

Twinkle Khanna once said candidly that she's the only actor in Bollywood to not have a single hit to her credit.

However, this isn't the case with her business ventures. Twinkle, daughter of Rajesh Khanna and Dimple Kapadia, is a very successful businesswoman.

She makes a lot of money through her candle business, interior designing firm named 'The White Window', columns and books.

Shilpa Shetty may be out of the limelight for several years now, but doesn't mean she is getting any poor.

She has several businesses to keep her bank balance intact.

She once had stakes in IPL team, Rajsthan Royals, but after Supreme Court held her husband Raj Kundra guilty of placing bets on IPL games, they had to sell their part.

Apart from this, Shilpa co-owns IOSIS, chain of spas and salon. She also makes money through her fitness Yoga DVD that she launched in 2015. The diva also owns Club Royalty, an uber classic club in Mumbai, styled in a European renaissance meets Indian royalty.

In a calculative move, he started his own gym, franchises of which are spread across the country.

Apart from that, he owns restaurants serving Udupi cuisine, Mischief Dining Bar and Club H20 in Mumbai, all successful ventures.

If you are in Mumbai and craving for waffles or pancakes, head to Crepe Station Café. It is one of the fastest growing chain in India, and specializes in European cuisine.

Do you know who owns it? Dino Morea: The dimpled actor who won our hearts with films like Raaz, Gunaah and the like.

His brother is the co-owner of this successful venture.