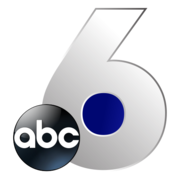 In a surprising announcement, former Boise Mayor Brent Coles has made it official; he’s running for mayor. Coles made the announcement Friday morning during a press conference at the Boise Depot. He joins six other candidates fighting for the position. With his wife at his side, Coles said he wants to cut taxes and wants to see the city stop tearing down and moving buildings. He said he also wants to “freeze the (city) budget where it is.” “The current administration it doesn’t seem that they can see that their tax and spend policies are increasing the taxes that people are paying within our city and that causes homelessness," Coles said. “Instead of $11 Million on an architect taxes paid by the people of this good city, lets take that money and lets use it for a bus system that the people in Boise ride for free.”