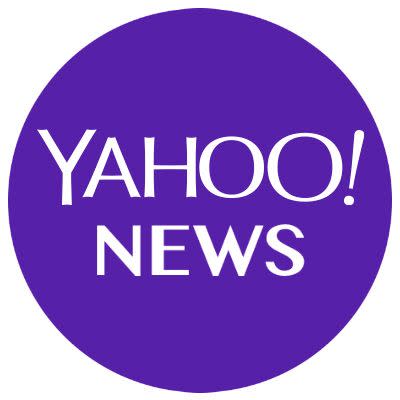 WASHINGTON — A Halloween party on Oct. 25 at the Eisenhower Executive Office Building featured candy, paper airplanes and — concerning for some attendees — a station where children were encouraged to help “Build the Wall” with their own personalized bricks.

Photos of the children’s mural with the paper wall were provided to Yahoo News.

The party, which took place inside the office building used by White House staff, included the families of executive-branch employees and VIP guests inside and outside government. Even though many of the attendees were members of President Trump’s administration, not everyone thought the Halloween game was a treat.

“Horrified. We were horrified,” said a person who was there and requested anonymity to avoid professional retaliation.

The Eisenhower Executive Office Building stands across from the White House and houses a large portion of the West Wing support staff and is home to the vice president’s ceremonial office. The “Build the Wall” mural was on the first floor, outside the speechwriter’s office and next to the office of digital strategy and featured red paper bricks, each bearing the name of a child.

Large letters on the display spelled out “Build the Wall.” Kids dressed as superheroes and ninjas were given brick-colored paper cards and told to write their name with a marker and tape them to the wall. Alongside the paper wall were signs including one that read “America First,” a slogan often used by President Trump that had been criticized because it was previously employed by the Ku Klux Klan.

Earlier in the week offices inside the EEOB had been instructed to put together kid-friendly displays for trick-or-treaters. The displays were supposed to be interactive and inspiring, and all were supposed to address the party’s theme: “When I grow up I want to be…”

Photos posted on social media show Vice President Mike Pence was present for the Halloween party at the EEOB. However, a spokesperson for the vice president said he did not go beyond his office, which is on the second floor.

Asked if the vice president thought the “Build the Wall” display was appropriate for a children’s event, the spokesperson said, “I have no idea. I’m not aware of it.”

According to the spokesperson, each office in the building put up decorations. Next to the “Build the Wall” bricks, construction-worker gear hung on hooks under a sign that read “Trump’s Crew.”

Photos on Instagram show other offices were adorned with more apolitical decorations including a mock candy shop, cobwebs, inflatable guitars and carnival games.

The White House did not respond to a request for comment.

Erecting a wall on the southern border was the signature policy proposal in Trump’s 2016 presidential campaign, and since taking office, he has repeatedly claimed progress on the wall. While some existing fencing has been replaced with newer construction, as of August the overall length of barriers along the frontier had not increased since the Obama administration.

Trump’s proposed border wall has drawn criticism for its cost and because opponents argue his rhetoric toward Latino immigrants is racist, an accusation Trump has denied. Former officials told Yahoo News they thought the “Build the Wall” display at the EEOB Halloween party was disturbing.

“To the extent the wall is just a xenophobic symbol, this is obviously a gross thing to have children do,” Ben Rohrbaugh, who worked on National Security Council on border security in the Obama administration, told Yahoo News. “To the extent it’s a representation of an actual wall on the southwest border, the kids have made nearly as much progress as the president has since 2017.”

Those who worked in and around the EEOB said the border wall display is far different from what was done in prior years. “We never did anything like this in the Obama administration,” said Nate Snyder, who previously served in the Department of Homeland Security as a counterterrorism official. “We hung up skeletons and ghosts.”

However, a person who works with the Trump administration said people were making too much out of a children’s display. “Everyone loses their minds over everything, and nothing can be funny anymore,” the person said.

A Republican congressional staffer was more blunt: “Who gives a s*** about EEOB having Halloween decorations.”

Immigration activists also expressed concern about the use of Trump’s border wall as a children’s party display.

Erika Andiola, the chief advocacy officer for the immigration rights organization RAICES, said the wall, which has become a symbol for Trump’s immigration agenda, including the child separation policy, was inappropriate for a kids’ party.

“I don’t think they understand the amount of pain that people are going through at the border for them to make a joke out of it,” Andiola said of the Trump administration. “We still are dealing with children in cages even if people are not calling it that, so it’s not a joke.”

Frank Sharry, executive director of America's Voice, an immigrant advocacy organization, also described the wall as “an offensive metaphor” to feature at a children’s party. “It screams to white grievance voters that ‘real Americans’ should fear, exclude and dehumanize brown people,” Sharry said. “Only in Trump's White House would a holiday event centered on kids, costumes and candy become a propaganda opportunity for his racism and xenophobia.”

Snyder, the former Obama counterterrorism official, said that by politicizing the walls of the EEOB, Trump’s staff showed a “lack of respect for where they are and what they represent.”

“This building is historical beacon of freedom that once housed the military, and now you have a fake construction-paper wall with ‘America First’ signs on it,” Snyder lamented.

"For me as a person who worked in and outside of the White House and walked these halls countless numbers of times,” he said, “it seems like a desecration of the building.”