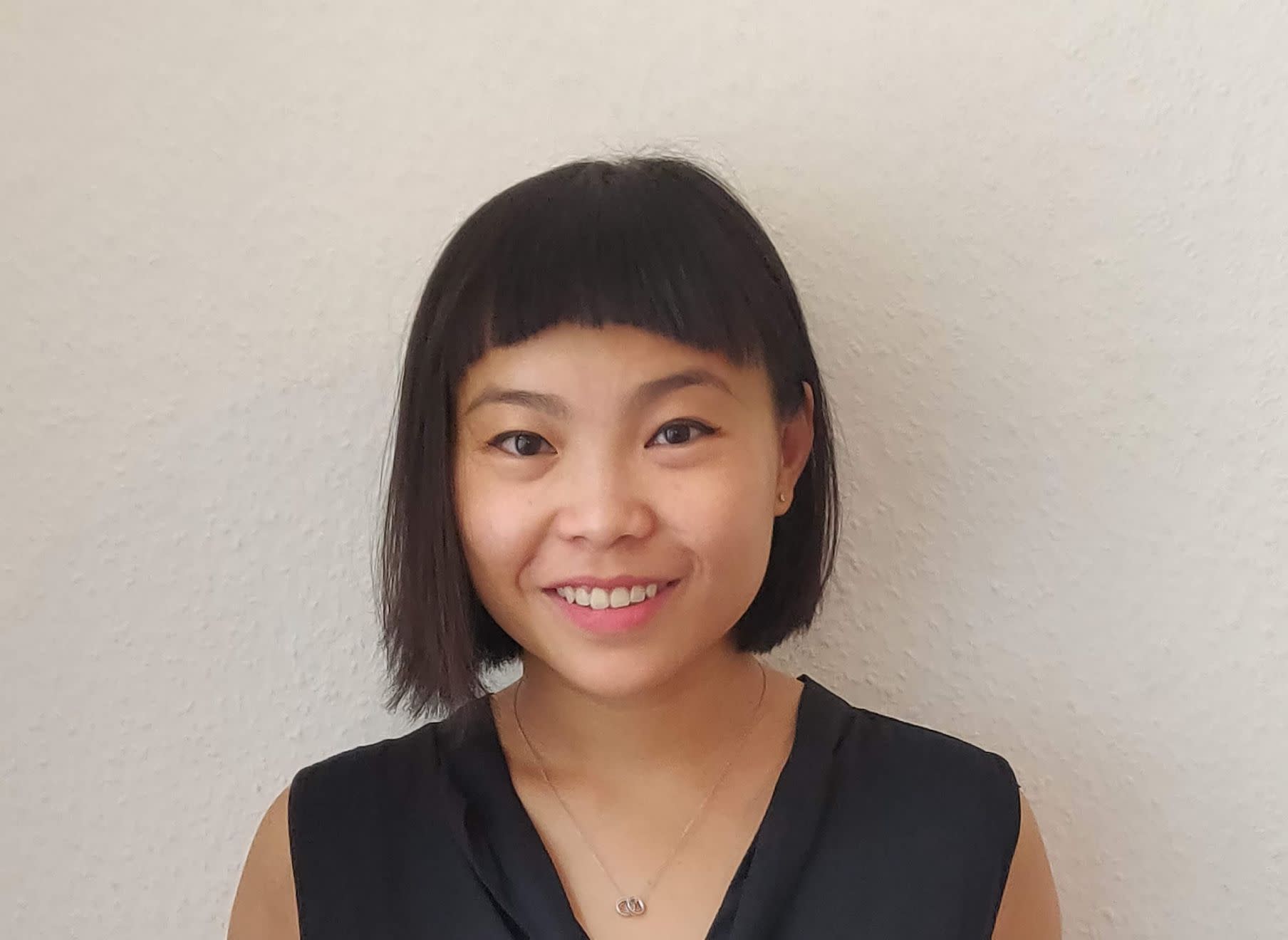 “We have growing confidence that we will have a test, track and trace operation that will be world-beating and yes, it will be in place by June 1.”

These were the words of British Prime Minister Boris Johnson on May 20.

Four months have passed since Johnson’s bold statement. Since then, more than 6,000 people across the U.K. have died after testing positive for COVID-19 ― pushing the total death toll to more than 40,000, the highest in Europe.

From the start of the pandemic, scientists across the globe have proclaimed the importance of testing and tracing. However, more than six months later, many countries are still rationing tests, rethinking failing contact tracing apps and struggling with lab capacity.

But how do test and trace systems compare? We spoke to HuffPost editors around the world, and used case studies and statistics compiled by the Our World In Data project, to find out.

How easy is it to obtain a COVID-19 test?

In the U.K., anyone showing symptoms is eligible to take a test. Although many testing sites have been virtually empty, people around the country have reported being turned away due to problems with capacity at laboratories, leading to staff shortages at Britain’s National Health Service and lengthy delays for the public. Huge backlogs have forced overstretched laboratories to send tests to Italy and Germany for processing, and people have described traveling hundreds of miles to get their children tested.

The eligibility policy for tests is similar in European countries such as Spain and Greece. In Italy, people must receive a doctor’s prescription in order to get a test, unless they are a designated key worker. In France, anyone can be tested, but with the increase in the number of cases, there have been queues of several hours in the most affected cities. The French government announced four priority testing categories on Thursday, including those who are symptomatic or have come in contact with a confirmed case. At the same time, rapid antigen tests are being deployed for nonpriority tests.

Anyone who has symptoms in South Korea, or who may have contacted a person confirmed to have the virus regardless of symptoms, can get tested at one of the country’s 599 local screening stations, a HuffPost editor in Seoul reported.

In Canada and Australia, anyone can get a test for free ― even asymptomatic people. In Australia, HuffPost editors said people being tested multiple times at drive-thru centers in a single week wasn’t uncommon. However, a rise in cases in Canada in recent weeks has seen people in places like Toronto, Ottawa and Montreal reporting four-hour to six-hour waits.

How quickly do people receive results?

Britain’s NHS says you should receive results within 72 hours. However, there are reports across the U.K. of people ― including those in care homes ― waiting at least four days and in some cases more than a week.

Similar reports of people having to wait for days to more than a week for results have been seen in Spain, where the health ministry says residents should receive results within 48 hours. In Italy, there have been cases of people forced to wait for almost two weeks for results.

In France and Greece, the goal is 24 hours. However, labs in both countries have been overwhelmed during key moments like the reopening of schools. Waits of 48 hours to 72 hours and even longer in the most affected regions are now being reported in France.

In Australia, test results are received by text message within 48 hours, but the turnaround is often much quicker. It’s similar in Canada, where the wait is typically 24 hours to 48 hours. South Korea, which has been a model of test and trace, takes just 12 hours to 24 hours to deliver results via text message, and there are hundreds of laboratories across the country where samples are reviewed.

A new survey in the U.S. showed the vast majority (63%) of people who are tested are not receiving their results within one to two days recommended by public health experts. A tenth of those surveyed said it took more than 10 days to get their test results back.

What about airport testing?

Visitors to the U.K. are not required to take any tests upon arrival. Heathrow, one of the world’s biggest airports, has been trying out its own testing facility, which would give travelers a result 24 hours of arriving in the country, but the British government has not yet given it the go-ahead.

Some countries such as Spain also haven’t introduced airport testing. But in many others it has become the norm. In Italy, passengers arriving from 17 countries considered most at risk (including Spain, Croatia and Greece) are given mandatory testing at the airport. Greece itself performs random checks at its borders, but the number of travelers found to be positive is a very low percentage of the country’s daily cases — just 22 out of 312 positive cases on Wednesday, for example, a HuffPost editor in Athens reports.

Visitors traveling from high-risk countries into France are encouraged to take a test prior to departure; those who do not are subject to a two-week quarantine period.

Arrivals in Canada are required to undergo a strict 14-day quarantine, with officials performing random spot-checks on people during their quarantine period, both in-person and by phone. Australia, which has reported around 26,800 coronavirus cases and 829 deaths, allows only citizens to return and has placed a 4,000 weekly limit on the number of arrivals (soon to be increased to 6,000). Arrivals must complete a two-week hotel quarantine, including tests on Day 1 and Day 11. Anyone who arrives in South Korea is both tested and quarantined for 14 days, with few exceptions.

On Sept. 10, the U.S. government ended its program of screening international travelers after it said the system was ineffective because so many people who transmit COVID-19 do not show symptoms.

What are the current testing problems?

Although there are about 400 test centers across the U.K., many people have reported not being able to get an appointment due to problems with capacity at laboratories. Leading doctors have pointed the finger at the government for outsourcing much of this to private companies.

The NHS Test and Trace service was launched in May, but evidence suggests contact tracing in the U.K. is not working ― and is getting worse. Just last week, only 69% of “close contacts” in Britain were actually being reached, the lowest weekly percentage since the service began.

Although Spain has increased the percentage of tests done week by week, a HuffPost editor in Madrid reports the figures vary considerably from region to region. Contact tracing has also been widely criticized, with many people reporting problems receiving their results, while tracing centers are woefully understaffed in pressure points like Madrid, allowing the virus in the capital to spiral out of control.

In Italy, once the global epicenter of the pandemic, the government has stepped up its testing efforts after one of the most severe lockdowns in Europe. With the opening of schools, there have been demands to increase the number of tests from 100,000 to as many as 400,000 a day. Low usage of the government’s smartphone app, however, and a shortage of resources have hampered tracing efforts.

French laboratories also faced an influx of back-to-school testing, with unions representing lab workers claiming they were being overwhelmed, leading to calls for the government to “restore order” by reserving “priority queues” for patients. In spite of everything, the wait is getting longer in the labs, according to a HuffPost editor in Paris. Similarly, authorities seem to be finding contact tracing increasingly difficult. Even though the causes are difficult to pinpoint, the launch of France’s smartphone app has been beset by problems.

Beyond the challenge of getting people to download the app, HuffPost editors in Canada reported knowing people who had been alerted that they were in proximity to a positive case, which triggered them to go and get tested. HuffPost editors in Greece say authorities have followed up on the promise for exhaustive tracking of contacts of people that tested positive. However, the country’s overcrowded refugee camps, where COVID-19 protocols are difficult to follow, have been the source of a number of recent outbreaks.

The Australian government has largely lived up to its promise on testing, and there have been no significant delays since the beginning of the pandemic. The country has reported about 26,800 coronavirus cases and 829 deaths ― well below the infection and death rates of other developed countries.

Despite a death toll of less than 400 in a population of 50 million, a HuffPost editor in Korea reports that the government is concerned by a rapid increase in untraced confirmed cases. Health officials are concerned that this trend could mean there are still many asymptomatic people in South Korea who are spreading the virus without knowing it.

On Saturday, the U.S. set a one-day record with more than 1 million tests, according to data from the Covid Tracking Project. But President Donald Trump’s promise that “anyone who wants a test, gets a test” is far from being realized. Nationwide testing shortages have led to reports of people sleeping in their cars overnight to wait for tests, then not receiving results for days or weeks.

How many tests have been carried out?

According to Our World in Data, India and the U.S. are leading in the number of daily tests. But as its research project manager Joe Hasell explained, the number of COVID-19 tests a country carries out is a poor indicator of how well it is dealing with the virus.

“It’s a really unhelpful figure because it doesn’t really tell you anything,” Hasell told HuffPost. “It’s not about how much testing you’re doing, but whether you’re testing enough ― and enough is relative to the scale of the outbreak.”

3. But we see from other countries, like Spain, France and Hungary, how quickly testing capacity can become stretched as cases rise.

The real question for the UK govt is what it is doing now to avoid following the same path.https://t.co/jWTmqFPxyk pic.twitter.com/uo5ZAfxfZl

What we should be looking at instead is the share of positive cases in each country ― the proportion of all tests conducted that come back positive. The positivity rate indicates the level of testing relative to the size of the outbreak. According to the World Health Organization, a positivity rate of less than 5% is an indicator that the epidemic is under control in a country. The U.K.’s positive rate is now 1.4%.

“Currently we are still looking alright, pretty good compared to our European peers,” Hasell said. “The real question is what the U.K. is doing right now to make sure we don’t follow the path that we’ve seen in Spain, for instance.

“Things may look ok right now, but the truth is that it’s very fragile. What is so hard to get into one’s head is how quickly things change. Basing our opinion on what’s happened today or yesterday or last week is not enough. We have to think about what to do if cases double and double, and double again.”

CDC Backtracks On Guidance About COVID-19 Testing For Asymptomatic People