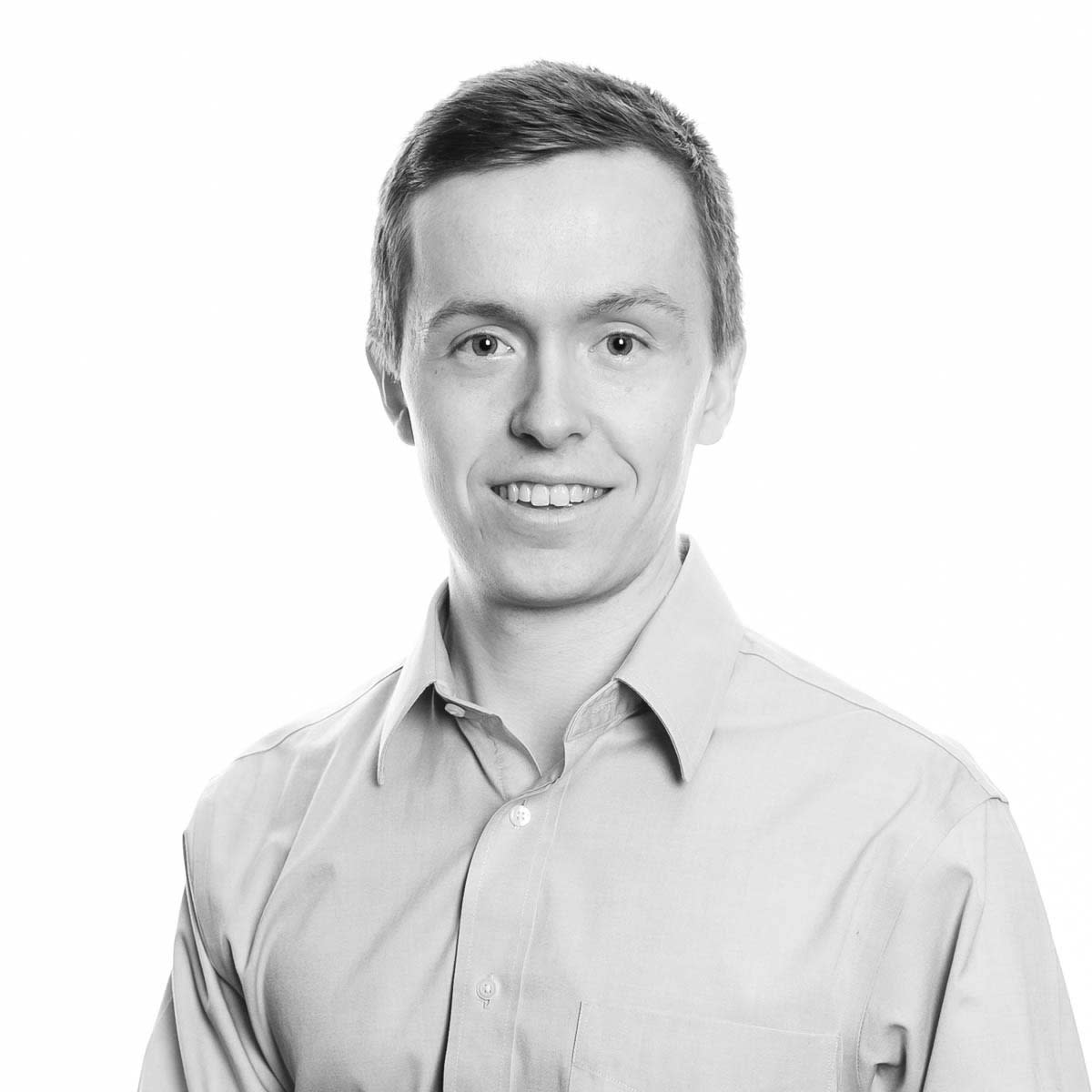 The Big Ten won’t play fall sports. Neither will the Pac-12. The reason, the Big Ten said in a statement Tuesday, is “ongoing health and safety concerns related to the COVID-19 pandemic.” Many athletes wanted to play anyway. Administrators, despite claiming to prioritize those athletes, made a decision for them.

The conferences decided, essentially, that the risks of playing amid the pandemic — or the costs of playing safely — outweigh the pitfalls of not playing.

If that’s the case, it’s fair to wonder: Can college sports not be played at all until the pandemic is over?

The blanket answer to refute that suggestion is that nothing with COVID-19 is binary. The situation, Big Ten commissioner Kevin Warren said, is “fluid.” Almost everything is about continuums and risk assessments. Perhaps if the virus were 20 percent less prevalent in college towns across America, Big Ten and Pac-12 presidents would give sports a green light. Perhaps if testing were 20 percent more available and 20 percent cheaper, they’d say “play ball.”

There are thresholds, even if never made explicit, at which risks go from intolerable to tolerable. If there were fewer than 1,000 new cases per day in the U.S., like there are in Canada, the U.K. and Germany, the risk assessment would change. The Big Ten said it would “continue to evaluate” the possibility of “winter and spring sports.” The Pac-12 will do likewise.

There are, experts say, ways to tip the scales of risk — developments that could enable spring football — without a vaccine. The question is whether the United States is capable of tipping those scales during the 2020-21 school year.

Or, as Zach Binney, an epidemiologist at Emory University’s Oxford College, puts it: “There's a few things that could improve. The question is, are they going to, and how confident are you in that?”

The primary variable, experts assure, is virus transmission, or “community prevalence,” as the Pac-12 calls it – measured by infection rates and case counts in and around college cities. Whether this improves over the coming months depends largely on what restrictions the government puts, or keeps, in place.

On one hand, numbers are once again trending in the right direction after steep late-June and early-July spikes. On the other, they’re still high. Controlling the virus, Binney says, “really depends on whether current leadership in this country decides to change its tune — or, if we have new leadership by January.” He’s referring to the election. “But even if we have new leadership,” he continues, “this is a train that has to be turned around, not a sports car. It's not like Joe Biden comes into the office on Jan. 20 and by Jan. 21, COVID-19 is under control.”

He does add, however: “Could the situation be looking a lot better with more of a coordinated national response, and the CDC being freed to do what it needs to do, by, like, March? Possibly. Yeah.”

The other great hope for college athletics is tied to an ongoing shift in the diagnostics community. For months, the primary attribute of a coronavirus test was its accuracy. But with the pandemic raging, and supply chains overwhelmed, and the most accurate tests taking several days to produce a result, experts have pushed a new approach: Speed over accuracy. Quantity over quality. A cross-industry group of researchers has led the push. “I think we need a fundamentally different kind of test,” Daniel Larremore, one of those researchers, told Yahoo Sports last month.

What college sports teams, like the entire nation, need is a low-cost, on-the-spot, instantly readable test known as a “point-of-care” test. The NIH has pledged to invest in them. “It's almost essential to be able to do this,” explains Sankar Swaminathan, chief of infectious diseases at the University of Utah, and an advisor to the Pac-12. “You need something like a rapid strep test, or a pregnancy test, where somebody can spit in a cup. That can be done without specialized equipment, without nurses, without doctors. And it could just be administered in a laboratory or by a trained person, and [you could] have the results back within an hour.

“If you had widely available, inexpensive, rapid point-of-care testing that was relatively accurate — which is something that no place really has the capability for right now, but it's in development, and we hope to have that — you could test the whole team daily.” You could detect infections early. And you could drastically reduce the probability that one case would become an outbreak.

Point-of-care tests will be less accurate than the standard PCR tests, but can be more effective. Consider two scenarios — both slightly oversimplified, but still representative and instructive. In one, the test is 100% sensitive — meaning it detects 100% of people who’ve contracted the virus and are infectious; it’s administered every other day; and it takes 48 hours to return a result. In the other, the test is only 85% sensitive — meaning it fails to detect infectiousness 15% of the time — but is administered daily and turns around a result in 30 minutes.

In the first scenario — which is essentially the Major League Baseball scenario — any infected individual will live normally for 48-96 hours while capable of spreading the disease.

Oh, and the tests in the second scenario are far cheaper.

The second scenario is the one that helps college sports. The question is when it becomes plausible. I asked Swaminathan: What are the chances that we have rapid point-of-care testing widely available in six months?

“I think that's quite possible,” he said. “I think the technology is there. It's a question of validating it, having it FDA approved, and then really the resources to manufacture and distribute those [tests].”

Acquiring them won’t necessarily be easy for college athletic departments. “But the cost involved in making those tests, as well as the cost of administering them, is far less than the current methodology, which involves an invasive swab and highly specialized and expensive equipment,” Swaminathan said. “So I think it's possible.”

What about the spring?

College sports need one or the other: widespread point-of-care testing or virus suppression. Ideally both, but at least one. If spring arrives and they have neither, they’ll likely find themselves stuck in this same predicament.

There are other potential developments that could help, but not in a meaningful manner. A more effective treatment for COVID-19 could lower the immediate health risks for athletes, but experts say it’s unlikely that six more months of research will bring encouraging news on longer-term effects. “I don't think our knowledge of that will change appreciably in the next six months,” Binney says. “I think that's a multi-year research project. Five, six years down the line? Sure. But by next spring? No.”

There are other factors that could change the calculus. If the fall semesters pass with fewer outbreaks on college campuses than expected, sports officials could feel reassured. Alternatively, bubble environments, like the ones crafted by pro sports leagues, could be discussed — but they come with mountains of logistical, ethical and financial concerns. “College sports cannot operate in a bubble,” Pac-12 commissioner Larry Scott said Tuesday.

There is progress on the vaccine front. Swaminathan says it has outstripped precedent. “The very optimistic time frame would be maybe having a vaccine by January,” Binney says. “But having a vaccine does not mean it's widely administered. That process is expected to take months. … So getting the herd immunity by vaccination would be extremely surprising by spring. Basically, I wouldn't bet on it.”

The 2020-21 college sports seasons, therefore, will likely depend on those two key variables: The prevalence of the virus, and the ability to detect it. On the nation’s willingness to enforce and adhere to containment measures, and the diagnostics industry’s ability to produce and distribute millions of point-of-care tests. They would fundamentally change the country’s virus screening. They also could allow the Ohio State Buckeyes or USC Trojans to play football in the spring.