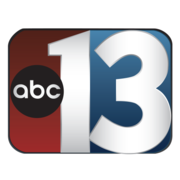 Don Ahern addresses fines from hosting a Trump campaign event in Henderson. The City of Henderson has fined Xtreme Manufacturing, the company that hosted a rally for President Donald Trump's reelection campaign on Sunday, $3,000 citing crowd size, lack of face coverings, and lack of social distancing amid the pandemic as the reason. Due to an emergency directive issued by Gov. Steve Sisolak, crowd sizes are limited to 50 people.