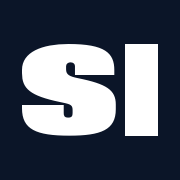 There are 28 U.S. women's national team players who would relish the thought of facing U.S. Soccer in a trial, watching their attorneys cross-examine federation officials on the witness stand. Those officials would be forced to explain why, as has been asserted, the 2019 FIFA Women's World Cup champions earn significantly less than the U.S. men, who didn’t qualify for their latest World Cup let alone win it. There wouldn't be video evidence of Megan Rapinoe, Alex Morgan, Becky Sauerbrunn or any of their teammates since cameras aren’t allowed in federal trials, but all would know that they got their day in court.

U.S. Soccer officials, meanwhile, might welcome the chance to argue before a neutral tribunal that any alleged pay disparities have nothing to do with gender discrimination. Those officials would assert that salaries reflect a collective bargaining agreement that the women players’ own union negotiated. Union-agreed pay, U.S. Soccer’s attorneys would insist, can’t constitute violations of either the federal Equal Pay Act or Title VII of the Civil Rights Act of 1964. Those attorneys would repeatedly remind jurors that the players are complaining about an economic system that they designed in conjunction with U.S. Soccer.

These type of hypothesized courtroom exchanges are easy to imagine. But the word “imagine” is crucial: the two sides have a long way to go before a trial would start. Odds are they’ll eventually settle their dispute and avert a courtroom showdown. That just might come significantly sooner than either side envisioned.

According to a spokesperson for the 28 players, U.S. District Judge Gary Klausner has set a trial date that is months before either side requested. The scheduled date is Tuesday, May 5, 2020. The trial, which is expected to last between two and four weeks, is slated to be heard in a Los Angeles federal courthouse.

The chosen date is surprising. The players had proposed November 11, 2020, while U.S. Soccer had recommended December 8, 2020. As SI's Grant Wahl notes, both sides wanted the trial to start after the Tokyo 2020 Summer Olympic Games, which are to be held between July 24 to Aug. 9 (and the women's soccer tournament is scheduled to begin two days before the opening ceremony, on July 22).

Judges normally try to accommodate the trial date preferences of litigating parties, particularly when—as is the case here—both sides desired similar start dates. Yet judges weigh a variety of factors when scheduling trials, including the scheduling of other trials they preside over. While the U.S. Soccer litigation is probably the most high-profile case on Judge Klausner’s docket, he won’t treat it any differently because of its notoriety.

Judges are also aware that trial dates can get pushed back for a variety of reasons. Sometimes attorneys or witnesses become unavailable. Other times there is progress in settlement talks that induce the parties to ask to the judge to punt. One of those reasons could manifest here. In other words, the May trial date is not necessarily a set-in-stone pme.

Whether intentional or not, Judge Klausner’s ruling accelerates the process by which both sides will attempt to negotiate a settlement before a trial starts and prepare for battle in court.

The challenges of settling this complex dispute

Thus far, a combination of settlement discussions and meditation talks has proven ineffective. That isn’t surprising. The case only began in March, when the 28 players filed their complaint. It’s not uncommon for litigations involving multiple plaintiffs to move slowly. The publicity of this dispute might also be a disruptive force. Attorneys for both sides know that if they reach a settlement, the public and media will evaluate its terms, and, potentially, decide that one side won and the other lost.

Also, both sides would need to thread the needle in order to resolve core differences. Even if U.S. Soccer agrees to pay the players more, it’s unclear when and how those raises would be implemented. Likewise, it’s unknown whether each of the players would net equal raises or how “equal” would be measured. “Equal” could mean at least two very different numbers: an identical dollar amount for each player or a percentage of a player’s existing salary. To add another twist, any changes to the players’ hours, wages or other terms of employment would then need to be incorporated into a collective bargaining agreement that doesn’t expire until 2021. At the same time, U.S. Soccer hopes to resolve Hope Solo’s very similar lawsuit. U.S. Soccer must also assess how a settlement that would pay women players more money could impact its future collective bargaining with the men’s team.

This is a multi-faceted litigation with moving parts. A pledge by U.S. Soccer to increase players’ play would be only one piece of a truce. Overcoming related hurdles will be a dauting task.

How the earlier trial date could encourage an earlier settlement

The accelerated litigation timetable should incentivize the two sides to hasten their settlement discussions. For U.S. Soccer, pretrial discovery could be worrisome. This would be particularly true if the organization fears potential publication of emails, texts, data charts and other documents related to players’ salaries. The players’ attorneys know that if they obtain records that reflect poorly on U.S. Soccer officials, those records would be newsworthy and subject to media publication.

Also, U.S. Soccer officials might not want to testify under oath about why their organization pays women less than men. Any statements they make through depositions or interrogatories would become part of a permanent court record. It is a record that could eventually become public. Even if those officials express legally plausible justifications for U.S. Soccer to not pay women players as much as men, they probably don’t want their names attached to those arguments.

Meanwhile, some of the players might not want to testify under oath. They could be asked why their own union didn’t negotiate the kinds of terms they insist they deserve. The players could also be questioned about positive steps that U.S. Soccer has made regarding their employment. Further, if the players have any reasons to doubt their economic theories, those doubts would become very apparent during a trial. Regardless, the players say they are "pleased" with the trial date that will coincide with Olympic preparations.

"We are pleased with the expeditious schedule that has been set by the court and we are eager to move forward with this case," spokesperson Molly Levinson said in a statement. "We very much look forward to the trial in May 2020 when the players will have their day in court. We have every confidence that these world champion athletes will get what they legally deserve—nothing less than equal pay and working conditions."

The early trial start date should also push both sides to speed up the hiring of expert witnesses. If they haven’t already done so, each side will retain economists to offer competing views on salary, benefits and revenue generation. Other types of experts might include player agents, former club officials and individuals with deep knowledge on broadcasting and sponsorship deals and valuations. Some of the experts will be asked to prepare detailed reports. They’ll thus need time to do so, so the earlier trial schedule should increase their activity.

Lastly, both sides know that going to trial is a gamble. One side will win and the other will lose. The loser will likely appeal, which would mean the litigation could continue for additional months or even years. While the players and U.S. Soccer might firmly believe they’d win a trial against the other, litigants tend to become more risk-averse and amendable to a settlement as a trial date nears. We’ll see if that happens here.

Michael McCann is SI’s Legal Analyst. He is also an attorney and Director of the Sports and Entertainment Law Institute at the University of New Hampshire Franklin Pierce School of Law.