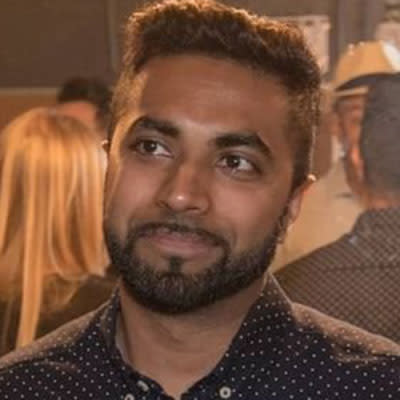 The senior men’s national basketball team has pulled off a couple of impressive wins over Australia and New Zealand over the past week and there is definitely a vibe that Nick Nurse is pushing a team short on NBA talent to punch above its weight.

Cory Joseph has reportedly opted out of playing as well but that doesn’t change what Canada needs to do at the FIBA World Cup to qualify for the Olympics. They’ve got a roster full of players who believe they can get it done and a coach who wouldn’t have taken the job if he didn’t.

What they actually need to do is a bit complicated, so here’s an explainer on things that need to happen at the 32-team tournament for Canada to claim its first Olympic berth since 2000, when Steve Nash led them to Sydney.

Be a Top 2 Americas team

OK, so this is the No. 1 condition that Nurse and his team have to meet. This means they’re effectively competing against Argentina, Brazil, Dominican Republic, Puerto Rico and Venezuela (Mexico is not participating) for one spot since it’s probably safe to assume the United States will occupy the other.

The current rankings can make for some glum reading but it’s important to keep in mind they don’t serve as a true reflection of what the rosters at this tournament are capable of.

The general lack of international games — as well as the fact that points are calculated based on every game played over the last eight years — shows the rankings aren’t exactly up to date. There is a time decay factor which weighs recent games more heavily, but all it takes is a couple of big results — like Argentina’s two silver medals at the FIBA AmeriCup in 2015 and 2017 — and their rating can spike.

If you’re looking to boost that ranking, there’s no tournament like the FIBA World Cup to do it, which is weighted heavier than any other tournament including the Olympics.

Get out of the first group stage

To have any hopes of going to Tokyo next year, Canada must get out of what’s being the dubbed the “Group of Death,” alongside sixth-ranked Lithuania, 11th-ranked Australia and 37th-ranked Senegal. Canada, for those of you wondering, ranks 23rd.

Expect at least one of the non-U.S. “Americas” teams to make the second round so — for classification purposes — Canada will need to match that feat to ensure they remain in contention to finish higher.

Canada already showed over the course of its two exhibition games against Australia that it should be a very competitive game, and if Canada can win that while taking care of business against Senegal, a place in the next round will be guaranteed.

This is where things get tricky. Qualifying out of Group H would slot Canada into another group for the second round. They would be placed, along with the other team to advance from Group H, with the top two that emerge from Group G containing France, Dominican Republic, Germany and Jordan.

The results of all three games from the initial group phase carry over, and each team plays two games against the opponents they haven’t faced yet. France will be heavy favourites to top Group G, while America’s rival Dominican Republic could drop Germany to a second-round spot.

That would create a potentially massive matchup between Canada and the D.R., depending on how the other Americas teams are faring, of course. If an Americas team not named the United States makes the quarter-final stage, the red and white will need to at least get that far as well.

Making that happen would likely have to involve an upset of either Lithuania or France, since the top two from the second group stage advance to the quarters and it would take at least four wins (inclusive of the first group stage) to make that happen.

If Canada can actually get as far as the quarters, the path becomes clearer as it’s then a case of one-upping all but one of the Americas teams remaining. Again, the U.S. will most likely occupy one of the two available qualifying spots for the Olympics.

And who knows, once you get that far, Canada would have a chance to medal at the World Cup (formerly World Championships) for the first time ever!