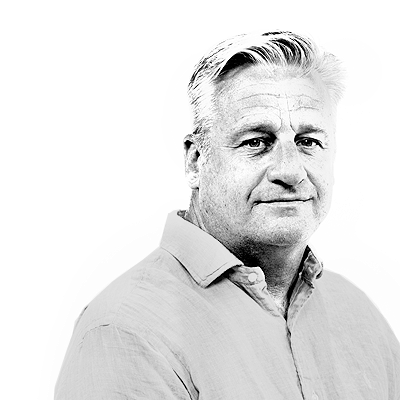 GET VEGAS EARLY, OR YOU MIGHT NOT GET VEGAS AT ALL

It often takes the oddsmakers a couple of weeks to dial in on betting lines, which means there often is some money for the taking in the first full weekend of the season. The Dash has identified five lines that look tempting:

Cincinnati-UCLA (31): The Bearcats are laying 2½ at home against the Bruins. Cincinnati is plenty good enough to win this, and all it needs to do is win by a field goal. Dash pick: Cincinnati 27, UCLA 20.

South Dakota State-Minnesota (32): Minnesota is giving 14 points in a Thursday night home game, and as noted in the First Quarter, The Dash is bullish on a hot season start for the Gophers. While the Jackrabbits are a perennial FCS playoff team, they're in over their Ski-U-Mah here. Row the boat. Dash pick: Minnesota 38, South Dakota State 21.

Utah State-Wake Forest (33): The Demon Deacons are favored by 3½ points, which seems too low. The Aggies are getting a lot of love nationally as a dark-horse team, but they’ve changed coaches (Gary Andersen 2.0 is upon us) and talented quarterback Jordan Love is surrounded by inexperience. Just one 2018 starter returns on the offensive line. Wake brings a more seasoned team into the matchup and is playing at home. Dash pick: Wake Forest 34, Utah State 24.

Houston-Oklahoma (34): The Cougars are getting a fat 23½ points, so The Dash is touting them in the debut of new coach Dana Holgorsen. He’s got an explosive returning offense, and the bet is that defensive coordinator Joe Cauthen has improved a run defense that was absolutely destroyed at the end of last season. (If it isn’t improved, never mind. Because Oklahoma has backs for days.) But here’s to thinking that it takes new QB Jalen Hurts and a rebuilt offensive line a while to mesh, and Houston keeps it semi-close. Dash pick: Oklahoma 48, Houston 34.

Notre Dame-Louisville (35): The Cardinals are getting 20 points in their debut under Scott Satterfield. It isn’t nearly enough. The talent edge in favor of the Fighting Irish is massive, as Satterfield picks up the pieces of Bobby Petrino's all-but-abandoned program. Dash pick: Notre Dame 42, Louisville 10.

Bob Stoops (36) was one of the most important college football figures in the first two decades of the 21st century. He returned Oklahoma to prominence, won a national title with defense, then competed for other national titles with offense as the game evolved. When he allowed himself, Stoops could be bluntly insightful and honest — more often, it seemed, after a loss than a win. When he shockingly retired at Oklahoma, the game lost something.

He’ll be back on the field soon enough as a head coach in the new XFL — “You can only play so much golf,” Stoops said upon his return to the profession — but before then he wrote a revealing book with Friend of Dash Gene Wojciechowski of ESPN. The title: “No Excuses.” You have no excuses for not picking it up if you’re an Oklahoma fan, or a fan of college football over the past 20 years.

Stat of the week

When Washington plays Eastern Washington on Saturday, The Dash is rooting for Andre Baccellia (37) to find the end zone. As a freshman in 2016, Baccellia’s second collegiate catch in his first collegiate game was for a touchdown, against Rutgers. Since then he has caught 76 more passes without scoring a TD. Last season he became the only player in FBS in the past three years with 55 or more receptions and no touchdowns. At year’s end Baccellia was the Huskies’ No. 1 receiver, with eight catches against Utah in the Pac-12 title game and 12 more for 109 yards in the Rose Bowl against Ohio State — yet still no visits to pay dirt. It’s time, Huskies. Throw Andre the ball in the end zone.

Coach who earned his comp car this week

Nick Rolovich (38), Hawaii. Oh man, did he have a Week Zero. His team pulled off a thrilling, dramatic upset of Arizona on Saturday night, which in and of itself was huge — it marked the Rainbow Warriors’ first victory over a Power Five team in eight years. But Rolo scored both before and after the win as well. On Friday, a beer he collaborated in making, Poi Pounder IPA, hit taprooms in Hawaii — the bottles came with “Rolo” in script writing on the label. And after the big win over Arizona, Rolovich tweeted this tweak of the ESPN expert panel picks. The more Rolovich wins, the more interesting Gridworld will be.

Coach who should take the bus to work

Kevin Sumlin (39), Arizona. The flip side of that upset win is another dismal season start for Sumlin, who is now 1-3 at Arizona against non-Power Five opponents. The play everyone will remember was Kahlil Tate’s mad dash for the end zone that came up a yard short, but there was a series of fiascos earlier in the fourth quarter that had the world questioning what Sumlin is doing — three straight penalties in field-goal formation, followed by a timeout. Unfortunately for the Wildcats and Sumlin, they’re off this week and have to let that loss fester until Sept. 7.

When thirsty in the bedrock football town of Fort Worth, The Dash recommends a stop at Thompson’s Bookstore (40). There are books, yes, but it’s a speakeasy with a mysterious vibe that serves an array of cocktails both classic and trendy. It’s not much of a beer place, though — if you need a quality local brew, go across the street to The Brass Tap and order a Panther Brewing IPf’nA, a double IPA that will put hair on your chest. Thank The Dash later.