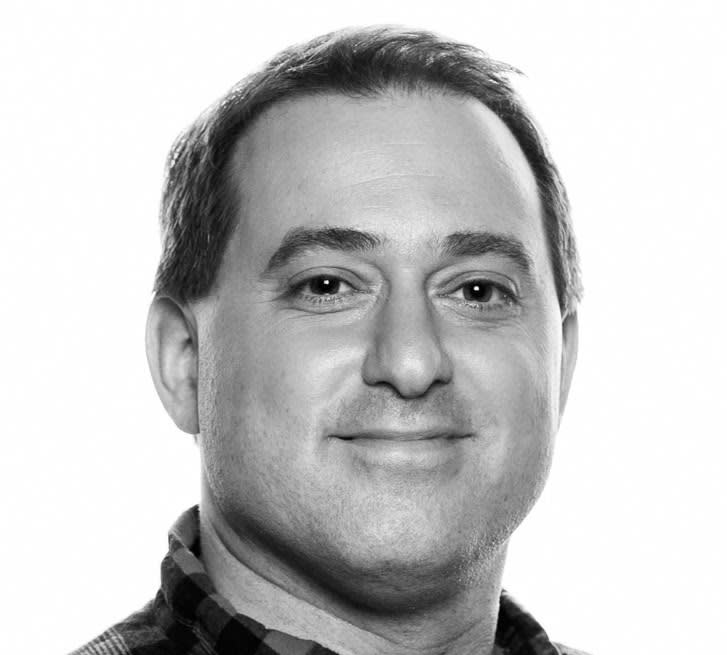 The Pandemmys are officially in the history books, and what a long, strange and eventful trip it’s been. Broadcast in the middle of the coronavirus pandemic that’s upended business as usual both in and outside of Hollywood, Sunday’s 72nd Primetime Emmy Awards managed to maintain social distancing (most of the time anyway) while also honoring the best in television. Still, the general weirdness of the evening started early — with host Jimmy Kimmel delivering jokes to an empty theater, and then saying “hi” to hundreds of nominees following along on Zoom — and never really went away. By the time Succession creator, Jesse Armstrong, delivered a bunch of “un-thank yous” following the HBO show’s win for Outstanding Drama Series, it was clear that the Pandemmys were an awards show we’d never seen before... and hopefully never have to see again.

At the same time, there were also some big things to celebrate as the night unfolded, including a Friends reunion, an epic farewell to Schitt’s Creek and a historic win for Zendaya. That’s a sign that while the present circumstances may not be ideal, the future of the industry is in good hands. Here’s our round-up of the highs, lows and head-scratchers of this year’s Emmy Awards.

HIGH: Schitt’s Creek goes out with a smile… and a historic win

Dan Levy’s beaming face put a happy period on the end of Schitt’s Creek six-season run. The Canadian-made series dominated the Comedy portion of the night, making a clean sweep of all four acting nominations — the first time that’s happened in the history of the Emmys — plus the writing and directing statues and Outstanding Comedy Series. And the show’s young creator appeared alternately disbelieving and delighted at his good fortune, on the verge of visible tears as his real-life father, Eugene Levy, and onscreen mother and sister, Catherine O’Hara and Annie Murphy, accepted their statues. (The entire Schitt’s team was in the same COVID-free room in Toronto.) We know the members of the Rose family have gone their separate ways now that the show’s over, but we’re raising a glass of fruit wine in the hopes of a 2021 reunion special.

LOW: The actual fire on the Staples Center stage

With California — and much of the West Coast — still dealing with the climate and economic fallout of devastating wildfires, maybe fanning the flames for laughs wasn’t the best idea. Before Jennifer Aniston could hand out the first award of the night, Jimmy Kimmel engaged in some extreme decontamination of the envelope that culminated in him lighting it on fire. Fortunately, The Morning Show star had a fire extinguisher handy, but based on the largely negative Twitter reaction, any potential laughs had already been extinguished. In fact, as Kimmel and Aniston were cracking wise in downtown L.A., the Bobcat Fire, burning just a few miles to the north, was coming dangerously close to knocking out the local ABC transmitter.

Comms towers silhouetted against a big flareup on the #BobcatFire tonight north of Mt. Wilson. These towers beam TV signals to the LA basin, among other functions. In fact, the microwave signal I am sending out from the helicopter to @CBSLA is hitting one of these towers. pic.twitter.com/K3VWJU4WdM

HIGH: A mini-Friends reunion was there for us

Turns out that you didn’t have to have HBO Max to see the Friends gang reunite… some of them anyway. After departing Emmy mission control, Aniston later hopped on a Zoom call with Kimmel and was joined by Courteney Cox and Lisa Kudrow. “We live together,” Cox said. And apparently Jason Bateman is their roomie, too. The Ozark star zoomed through the background of the shot in place of remaining Friends Matt LeBlanc, Matthew Perry and David Schwimmer. Did Aniston give them the wrong address?

Accepting her Outstanding Lead Actress in a Limited Series Emmy for Watchmen, the regal King connected the fantastical HBO series to the real-world causes it touches on. “Gotta vote," said the actress, who now has four Emmy wins, tying the record for a Black performer with Alfre Woodard. "I would be remiss not to mention that [after] being part of a prescient show like Watchmen. Have a voting plan, go to Ballotpedia.com.” Wherever Sister Night goes, we’ll follow.

HIGH: The Emmys set a record for recognizing Black talent

"I love you, I appreciate you, and this one is for you.” #Emmys https://t.co/MNIoyumJzN

King had one of 10 wins (in 19 acting categories) for Black performers this year — a number that includes her Watchmen co-star Yahya Abdul-Mateen II, Mrs. America’s Uzo Aduba and Euphoria’s Zendaya, as well as guest actor victors Eddie Murphy, Maya Rudolph (who won twice) and Ron Cephas Jones, and short-form acting winners Jasmine Cephas Jones and Laurence Fishburne. That’s an Emmy record that the organization almost certainly hopes to continue topping in successive years, while also making up for the lack of Latinx and Asian-American nominees this year.

It sounded like a terrible idea: Emmy statues delivered to the winners by an army of trophy carriers dressed in hazmat suits designed to resemble tuxedos. But it turned out to be one of the night’s funniest running gags, acknowledging the strangeness of the times, while also preserving the Emmy tradition of actors clutching Emmys while delivering heartfelt speeches. And the nominees seemed to enjoy the visit: On Twitter, Ramy Youssef posted hilarious footage of his hazmat guest waving goodbye after he lost Outstanding Lead Actor in a Comedy Series to Eugene Levy.

LOW: The punchline was delayed in the mail

Anthony Carrigan has stolen numerous scenes in Barry and Bill & Ted Face the Music, but he couldn’t sign, seal and deliver an awkward extended joke about the various travails facing the U.S. Postal Service. Carrigan played a Russian-accented postman named Derek who arrived carrying the envelope for the next category, but wanted to leave with Kimmel’s mail-in ballot — a request that wasn’t suspicious at all. “Everything is OK at the U.S.S.P.S.,” Derek vowed. Better than that bit played on that Emmy stage anyway.

HEAD-SCRATCHER: Where were the mask police?

We love that the Schitt’s Creek gang were able to be in the same room together north of the border, but we have to wonder if they were technically abiding by Canada’s coronavirus guidelines. The mask enforcement at their event — and at other gatherings we glimpsed on Zoom — seemed a bit haphazard, which isn’t the best message to be sending in these pandemic times. Perhaps not surprisingly, the Watchmen watch party at Damon Lindelof’s digs seemed to have the most effective mask compliance.

With Black Widow delayed until November — and potentially longer — it’s up to WandaVision to kickstart the next phase of the Marvel Cinematic Universe. The Disney+ series released its first full trailer during the Emmy telecast, promising a version of the MCU (several of them, in fact) unlike anything we’ve seen before. No release date was included with the trailer, but don’t be surprised if WandaVision arrives on the streaming service after Season 2 of The Mandalorian but before Season 1 of The Falcon and the Winter Soldier.

Everyone can agree that the essential workers who have kept America running during the pandemic deserve some kind of major award... but this wasn’t it. While the Emmy producers’ hearts were in the right place by giving airtime to these very real heroes, their pre-taped Emmy presentation pieces felt too carefully scripted to be true to life.

"How should we honor essential workers?"
"Donations?"
"Maybe."
"We could put together a video?"
"Nice."
"Or what if we have them present awards to famous people who make more money than they will see in their lifetime! Think of how good they'll feel honoring us!"
"SOLD!" #Emmy

Echoing King’s own moving words about the power of the ballot box, Ruffalo used his moment in the spotlight after winning Outstanding Lead Actor in a Limited Series to urge Americans to find common ground in the midst of a divisive election. “We have to come together. If you have privilege, you have to fight for those who are less fortunate,” the card-carrying Avenger said. “We have a strong important moment ahead of us. Vote for love and compassion and kindness."

LOW: The one with the alpaca

Kudos to Randall Park for not getting a little hoarse while being made to present alongside an alpaca. Even if the joke fell flat, this image sums up the strangeness of the Pandemmys more than any other.

There’s probably a good time for a joke about how all artists named “Tracy” stick together — but that time isn’t in the middle of presenting an award. Morgan Zoom-bombed the Outstanding Supporting Actress in a Limited Series or Movie category in place of actual nominee, Ullman, and caused no small amount of confusion from the other folks on the call, including Holland Taylor and Jean Smart. Meanwhile, we’re left trying to imagine the thought process of the person who signed off on that bit.

Sudeikis is a great Ted Lasso, but his performance as “Celebrity who gets a COVID test” needs serious work. Twitter was all over the actor for his unconvincing (and unfunny) portrayal of the nasal swabbing experience.

HIGH: Zendaya and Julia Garner make us euphoric for the future

The Emmys can be slow to recognize young talent, but this year two major acting awards went to a pair of women who are taking Hollywood by storm in their 20s. Twenty-four-year-old Euphoria star, Zendaya, became the youngest performer ever to win the Outstanding Lead Actress in a Drama award, and celebrated the historic victory with her adorable family. Meanwhile, 26-year-old Ozark scene stealer Garner nabbed the Outstanding Supporting Actress in a Drama Series statue, beating out the likes of Helena Bonham Carter, Meryl Streep and Thandie Newton. With young performers like these two making big moves, and winning big awards, the future of television is bright indeed.

HIGH AND LOW: Jimmy Kimmel tried his best... and it was almost good enough

Accepting the thankless task of hosting the Pandemmys just after getting back from summer vacation, Kimmel admirably committed himself to making an awkward show a little less awkward. And his upbeat attitude helped ease audiences into a show that resembled one big Zoom call. But you could also tell that he was missing the energy — and instant feedback — that comes with a live crowd. Someone had to do it, but next time (if there is a next time) it shouldn’t have to be him.