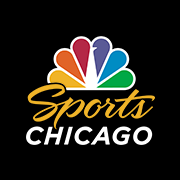 The White Sox took the early edge on the scoreboard in the win-or-go-home Game 3 of their AL Wild Card Series.

But there was bad news everywhere else.

The White Sox saw two of their most exciting young players depart with apparent injuries in the first two innings.

RELATED: Why Sox pulled Dunning after 15 pitches in Game 3 vs. A's

First it was Garrett Crochet, who was brought on in relief after Dane Dunning threw just 15 pitches to four batters in the first inning. Crochet struck out Matt Olson to end the first, then returned and struck out Khris Davis, the first batter he faced in the bottom of the second. That's when the trainer came out for a visit that ended with Crochet leaving the game with left forearm tightness.

While there didn't appear to be any visible discomfort on Crochet's part, his typically blazing fastball did not touch triple digits once during the two at-bats.

There was more bad news when Eloy Jiménez appeared to not quite have put the foot injury that kept him out of the first two games of the series behind him. It was big news that Jiménez was able to return to the White Sox lineup for Game 3, supposedly well enough to serve as the DH a week after spraining his foot while running the bases in Cleveland.

But after he doubled to lead off the third inning, he ran to second base and his right foot was not comfortable enough to remain in the game, departing for a pinch-runner after a visit from the trainer. That pinch-runner, James McCann, scored the White Sox second run of the game when Luis Robert singled two batters later.

Fortunately for the White Sox, neither early exit prevented them from scoring some early runs in this do-or-die game. Robert hit a 487-foot home run in his first at-bat before singling in a run an inning later. Nomar Mazara followed Robert's RBI single with an RBI double, and the White Sox had a 3-0 edge after two and a half innings.

But should they hang on for the win and advance to the ALDS, the statuses of both Crochet and Jiménez will be topics of interest.