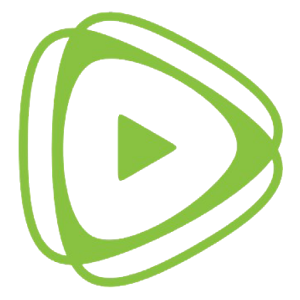 Moose are the second largest wild animals in North America. They reach a height of more than 2.5m (7 feet) at the shoulder and can tip the scales at a whopping 640kg (1400lbs). When full grown, they fear few animals, and only a large pack of determined wolves, or a very hungry grizzly bear would try to prey on one. For this reason, they wander the woods with confidence, although they shy away from contact with humans whenever possible.

These hikers were exploring the woods in Parry Sound, in Ontario, Canada when they heard the approaching footsteps of a large animal. They could see the figure of a large moose walking toward them so they moved off the trail to avoid a direct confrontation. The moose came closer and then sensed their presence. It stopped to have a look and then it decided that they were no threat.

They remained quiet and moved slowly, partly to avoid startling the moose and partly to prolong the close encounter. A large moose is an awe inspiring sight close up and they marveled at the beauty of this magnificent animal. Walking beside the trail, the hikers kept pace with the moose which seemed unconcerned with their presence. It stopped in a marshy area to drink water and the hikers stood nearby, taking the sight in very happily. The moose was aware of their presence and it cast them a curious glance now and then but it obviously was not worried. For safety, the hikers maintained a respectful distance and also kept a few trees between themselves and the moose.

Despite the fact that moose seemed unthreatened, it is still a wild animal and a large one at that. Animals can be unpredictable and being too close is often unwise. A slow and cautious approach is always best.

Unfortunately, moose populations are declining in North America. One of the biggest reasons for this is that the development of roads and other human encroachments on habitat has provided some advantages for deer populations. With deer, come brain worm and liver flukes, two problems for which the moose have no immunity. These parasites have a much less significant effect on the deer, but they can be fatal to moose. Any increase in deer population will adversely affect the moose. Excrement of infected deer is eaten by snails, which then become infected. Moose graze on aquatic vegetation and inadvertently eat the snails, becoming infected themselves. Moose eat leaves and tree shoots, but they also eat the plants that grow under the surface in marshes and bogs.

Moose must also live where the climate suits their ability to find food as well as avoid predators. In areas with deep snow, they find mobility difficult and outrunning wolves leads to exhaustion and vulnerability. In areas with no snow, the wolves are equally at an advantage. They prefer areas where the snow is deep enough to allow the advantage of their longer legs to prevail.