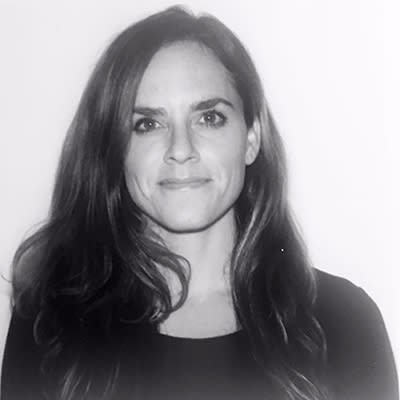 MOROGORO, Tanzania — The grass is still damp with dew as the sun begins to glint over the Uluguru Mountains. It’s only 7 a.m. in Morogoro, Tanzania, but Oprah and Malala and Taylor Swift and the others are already hard at work. They are heroes in the region, literal saviors to thousands of Tanzanians and those in the international community as well. It is on this large swath of land that giant African pouched rats, often named by their handlers after celebrities or loved ones, are meticulously trained for nine months to sniff out land mines. Down the dusty red dirt road, you’ll find others just like them — but there the rats are training in a laboratory, learning how to detect tuberculosis amid thousands of samples.

It is here in the field that APOPO, a nonprofit organization that trains African giant pouched rats to undertake such endeavors, works its magic. The humans are patient, methodical, while the rats seem eager to learn — an interaction reminiscent of a new owner training a puppy. After each rat undergoes its daily weigh-in — they are generally between two and three pounds — it is put in a harness to walk one of the areas marked off on the field. It paces the ground, scratching feverishly when it detects a dismantled land mine beneath the surface. An APOPO worker uses a clicker to notify the rat that it is correct. The rat then scrambles to receive its treat of bananas or peanuts. After nine months of training, they are shipped out to APOPO’s partner organizations in various countries, where they will detect and help dismantle thousands of land mines that have been left over from decades of prior conflicts.

Since 1997, APOPO personnel has been training these giant rats (think cat-size) that are native to the East Africa region. Bart Weetjens, a native of Belgium, had always loved rats, and had them as pets since he was a kid. In 1995, while exploring solutions for the global land mine problem, he realized that rats, smart and obedient by nature, could be trained for such endeavors. Because they are so light weight, they wouldn’t explode a land mine if a rat did indeed step on the ground above one. Weetjens, along with Christophe Cox, founded the organization, which has steadily grown in size and stature within the global de-mining community.

“We dealt with a lot of skepticism in the past — rats certainly carry a lot of stigma,” said Cox from his office in Morogoro. “But as the years went by and our trained rats proved how efficient and accurate they actually are, those feelings from the de-mining community have subsided.”

A mine-detecting rat can check an area the size of a tennis court in about 30 minutes, a job that would take a de-mining worker with a metal detector up to four days. Since APOPO began, nearly 22 million square meters of land have been given back to local communities, more than 19,000 land mines have been located and deactivated and more than 82,000 items of unexploded ordnance, such as bombs and artillery shells, have been found and destroyed.

APOPO has successfully detected land mines in Mozambique since 2015, in Angola since 2013 and Cambodia (one of the most mine-polluted countries in the world), in conjunction with the Cambodian Mine Action Centre, since 2015. With more than 500,000 tons of artillery dropped on the country by the U.S. during the Vietnam War, and millions more placed by governments and factions in the 1970s and 1980s, experts say Cambodia will need another 10 to 20 years to clear the country at the current level of funding and efforts.

Down the road, the other rats, all known as “HeroRATs,” are doing a different type of training — inside a laboratory, taking turns detecting tuberculosis out of 100 samples of sputum per session. A lab worker walks in with Han Solo propped on her shoulder before she eases him into a long glass encasement. Using the same click-training technique as the land mine detectors, the rats learn to associate the sound of the click with a reward when sniffing out TB. So far, 57 public hospitals in the area participate in the APOPO TB detection program, and its rats have helped increase the detection rate for the infectious disease by more than 40 percent. Despite being curable, tuberculosis kills more than 30,000 people in Tanzania every year, and about 30 percent of those cases are either not detected or not treated properly.

And since APOPO began its TB detection, more than 200,000 samples have been screened by rats, and more than 11,000 additional TB patients have been detected, with more than 165,000 additional infections prevented. A HeroRAT can check 100 samples of TB in less than 20 minutes, a job that takes a lab technician using a conventional microscope up to four days.

These days, CEO and co-founder Christophe Cox is looking to the future to decide what is next for the beloved rats. Together with Germany’s Max Planck Institute and Braunschweig University, APOPO is continuing fundamental research to determine what exactly it is that the rats are smelling. The TB detection rats make their decisions based on what volatile organic compounds (VOCs) have been paired with food in the past, but human samples contain several other substances that emit VOCs along with the TB bacteria, explains Cox.

When it comes to infections like TB, it is imperative to have several qualitative samples, every day, to properly train the rats in detection. There has been a lot of discussion about training for certain kinds of cancers as well, especially lung cancer, but the key is to have proper access to a high volume of samples.

Another potential area for the HeroRATs’ keen detection abilities is wildlife trafficking. About a dozen of the rats have been part of a new program to sniff out the endangered pangolin — the world’s most illegally trafficked mammal whose meat and scales are sold in Vietnam and China. If implemented, the plan would involve rats sniffing shipping containers heading to Asia from Africa. “It’s tough, though, and we still have a lot we need to manage with it. Right now, it’s a needle in a haystack,” said Cox. Other governments have expressed interest in training the rats to detect humans in the aftermath of natural disasters like earthquakes or floods.

“There are so many possibilities in this type of detection,” said Cox. “We’re really looking ahead. I feel we’ve only really scratched the surface.”

Mikaela Conley reported this story on a fellowship from the International Reporting Project.