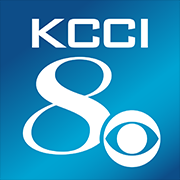 George Floyd's death at the hands of Minneapolis police in May prompted national protests and a worldwide anti-racism movement. The 2014 deaths of Eric Garner and Tamir Rice, 2016 death of Philando Castile and March 2020 death of Breonna Taylor mark what many believe is systematic brutality against black people by police. KCCI's Marcus McIntosh spoke with some of Iowa's Black leaders to learn how they are bridging the gap between the police and underserved communities.