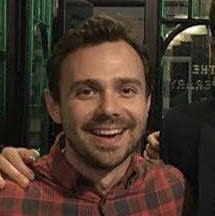 A man who left USB sticks containing terrorist propaganda inside shoes at six mosques in England has been jailed.

Omar Ashfaq, 24, of St Thomas Road, in Derby, left 17 of the sticks in footwear while Muslim worshippers were praying between May and June last year.

The sticks contained "violent footage and propaganda encouraging terrorism", according to Derbyshire Police.

Ashfaq admitted 11 terrorism offences and was given four years and six months in prison at Birmingham Crown Court.

During Ramadan last year, the Muslim holy month, he placed the devices inside shoes in mosques in Derby, Loughborough, Coventry, Birmingham and Luton.

One USB stick was discovered by a nine-year-old boy, who had gone to the mosque with his father.

When Ashfaq was arrested at his home, police found a further 15 memory sticks inside bags marked 'Manchester' and 'Bradford' and notes outlining his plans.

Baker to face no police action over royal baby tweet

A map with a crudely plotted route between the mosques was also found.

Detective Inspector Donna Sisson, head of Derbyshire Special Branch, said he had plans to distribute up to 250 sticks.

"The USB sticks he managed to deposit contained footage of unspeakable brutality and promoted an extreme ideology," she said.

In March, Ashfaq pleaded guilty to three counts of possession of a document containing information useful to terrorism.

He admitted being in possession of three Islamic State group propaganda magazines.

However, he denied eight charges of dissemination of a terrorist publication.

Ashfaq changed his plea to guilty on his first day of trial.

"Instead the mosques he targeted found him on their CCTV recordings and handed in the footage and the memory sticks to the police.”