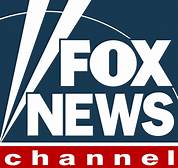 Jim Belushi explains how medical marijuana could have helped save his brother John Belushi's life. The actor and cannabis farmer has launched a reality TV series on Discovery titled ‘Growing Belushi’ where he aims to demystify misconceptions about the growing business that continue to exist. Belushi has a farm in Southern Oregon. According to Deadline, Belushi started growing cannabis in 2015 with a 48-plant crop and now has a booming operation. The outlet noted that one of his brands, Captain Jack’s Gulzar Afghanica, became known in the 1970s as the ‘smell of SNL.’