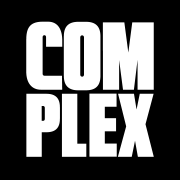 Kodak Black's lawyer went on the offensive against Miami authorities after a picture of the rapper in police custody was leaked to a local TV station.

Following Black's Saturday night arrest at Miami's Rolling Loud, a picture of the rapper in handcuffs at a police station was obtained by WSVN television news station. Although it is unclear who sent the photograph to the network, Black's lawyer Bradford Cohen assumes the arresting police provided the picture. This has led Cohen to condemn the authorities for attempting to embarrass his client with the photo.

Just obtained photo of Bill Kapri, AKA Rapper Kodak Black after he was arrested tonight. Official statement from Marshals: after an extensive investigation conducted by the US Marshals, ATF, and Miami Dade PD North Side Gang Unit, Kapri, was arrested as he arrived... pic.twitter.com/IHVzAoNStI

"I think the actions of the [police] in taking a photo of him in the police station in handcuffs and selling it or giving it to WSVN is a disgusting display of unprofessionalism," Cohen said to the South Florida Sun-Sentinel.

It is obvious that the picture was taken the same day as the arrest as Kodak was wearing the same blue Gucci tracksuit he had on at the Miami Gardens stadium. It was this combined with the fact it was not an official mugshot that prompted Cohen's anger.

Black's arrest forced him to cancel his performance on the Loud Stage on Saturday. According to the ATF, the 21-year-old is facing state and federal weapons charges.

Currently, there are no further details on the situation but Cohen did say that the rapper is being held at the Miami Federal Detention Center where he is scheduled to appear in court on Monday.