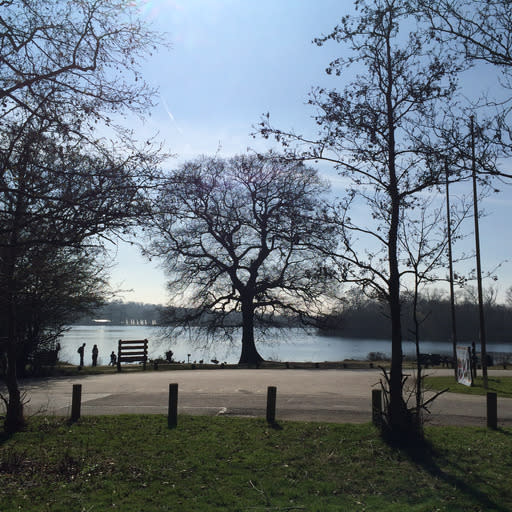 A man’s post about how he almost cheated on his wife has gone viral - and there’s a twist.

Entertainer Jason Hewlett wrote on his Facebook page that he was out shopping for “manly things” when an attractive lady ahead of him in the queue caught his eye.

Despite being happily married, Jason allowed himself a quick ogle - only to realise that the hot stuff up ahead was his wife.

“I was taken aback by how amazingly beautiful she is once again,” he said. “I believe I see it often, but today, not knowing she was at the store, I saw her with new eyes and just couldn’t believe I get to be her fella. It made me blush.”

Mysterious girl?: Jason soon realised the hottie in the queue was his missus (Facebook/Jason Hewlett The Entertainer)

Jason and wife Tami Spenst Hewlett have been married for 14 years, and have four children together.

They live in Salt Lake City, Utah, where Jason works as a keynote speaker and all-round entertainer.

Jason ended his post saying: “She rarely looks at Facebook so she won’t see this post, she won’t realize she was kind of cheated on today.

“I thought I’d share with you all since I’m just a dweeby guy making my way through life, and at the same time sure there are those who have had the same experiences regarding their loved ones in one way or another, and these moments are perfect.

"Lesson of the Day: It’s good to look at those we love with fresh eyes whenever we can to remind us how lucky we are to have their light in our lives.”

After copying the post from his personal Facebook page to his professional one, the likes have been flooding in - more than 300,000 so far, plus over 200,000 shares.

Alisha Snow Petersen said: “This made my day!! So cute - it sounds like you’re both lucky to have each other!”

Tami has written her own response to her husband’s post, saying “he wasn’t in the doghouse and never is.

“He always asks me why I’m so good to him and I tell him because he’s good to me! We are good to each other!”