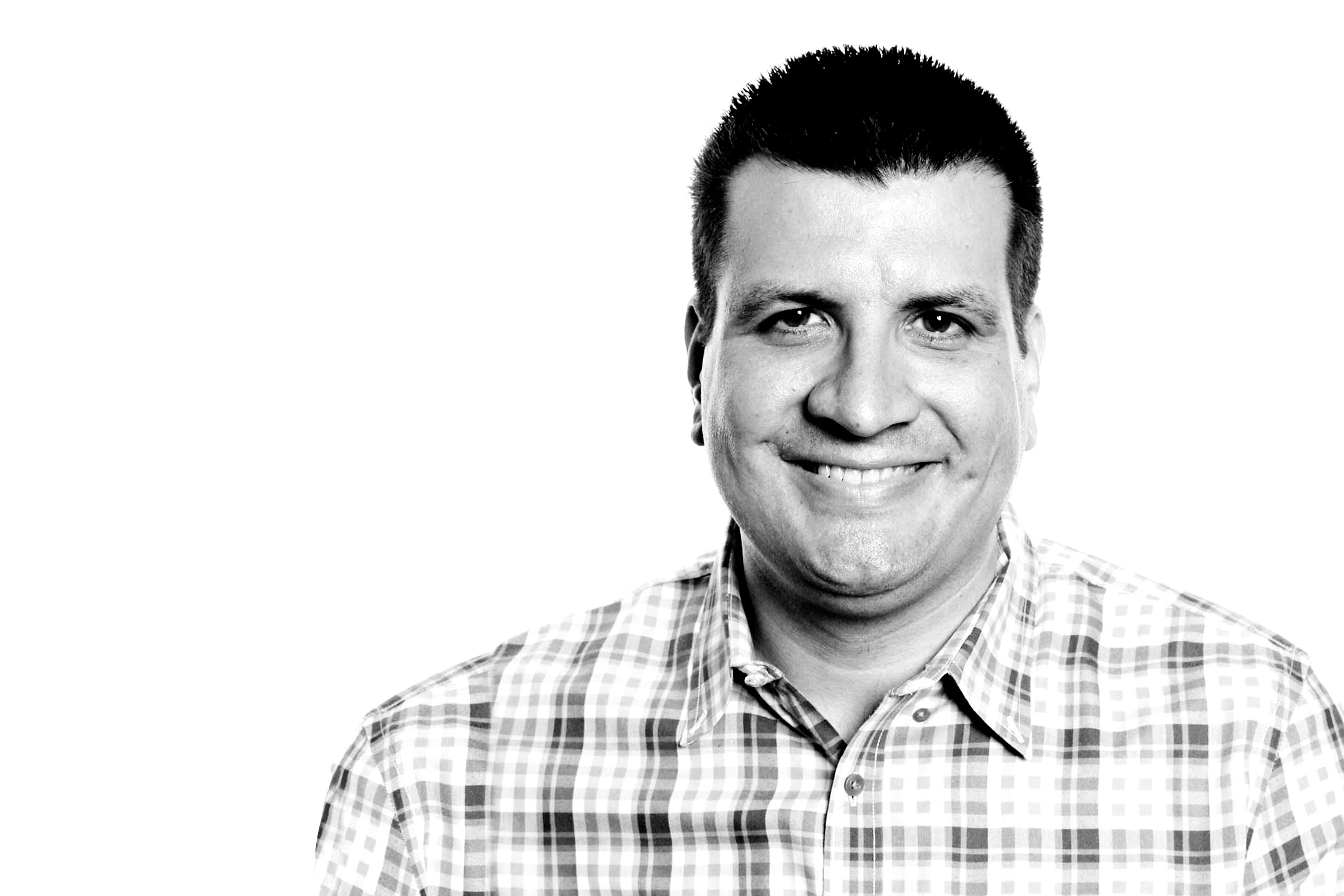 There is zero chance you’ve given it a second thought.

“Makers Wanted” is the village’s marketing slogan and Johnson hopes the people watching will have their interest piqued and be inspired to search the meaning of the phrase online. Once they do, they’ll be hit with a host of results touting the benefits to relocating or expanding your business to Elk Grove Village (the municipality’s name will be printed on both 25-yard-lines).

“We want to reach some guy in California, who’s thinking about opening a second manufacturing plant in the Midwest,” Johnson said while sitting in his office earlier this month. “His realtor walks in and says, ‘I’ve got Milwaukee, I’ve got Elk Grove Village and I’ve got Sheboygan.’ We want to have that guy in California to know what we’re about when that time comes for him to make a decision.”

Johnson isn’t offended if you think he’s crazy that sponsoring a bowl game will fill his industrial park or the new 85-acre technology park the village is constructing. His wife shot him down 30 seconds after he came up with the idea last winter, saying he was “[bleeping] nuts.”

So did the people he works with.

“They didn’t use the [f-word] but they also basically said I was nuts,” Johnson said with a laugh.

But the story of how Johnson saw how he could turn $300,000 of his marketing budget into an attention coup for Elk Grove Village is an interesting one involving President Donald Trump, the Chicago Cubs and a warm Christmas in Wisconsin.

What’s more interesting is that it may have already worked.

Trump and the Cubs lead the way

The largest industrial park in the nation is a mishmash of unremarkable buildings spread over six square miles and 62 million square feet of industrial space. It’s home to 100,000 employees from surrounding communities and a variety of businesses that thrive on the area’s easy access to air, land and rail.

All of that makes Elk Grove Village the second-largest manufacturing base in Illinois — Chicago is the first — and the list of products that are put together here is a varied one. Pinball machines are manufactured in Elk Grove Village. So is the floor for the Final Four, as well as more mundane things like frozen food and countertops.

Over 3,600 businesses call Elk Grove Village home, but they do come and go. Which means that Johnson — a fast-talking and energetic man who has been mayor since 1997 — is always thinking of ways of keeping those buildings full.

Back in 2015, the industrial park was still recovering from the recession and its vacancy rate was just over seven percent. Johnson and his board knew it needed to get proactive, so they started exploring the possibility of regional TV ads.

With the rise of Netflix and DVRs, Johnson was only interested in programming that people still watch live: news and sports. So a plan was quickly hatched: Elk Grove Village would take out regional ads on CNN, Fox News and MSNBC to reach business owners in southern Wisconsin, eastern Iowa and northwestern Indiana.

It would also negotiate a season-long deal with the Chicago Cubs to become a sponsor. Sure, the team had averaged 93 losses a season the previous five years, but the price ($175K) was right.

The timing was perfect. Not only did the Cubs blossom into a perennial contender that would set record ratings on its way to the 2016 World Series crown, but a guy named Donald Trump would make each news station must-see television each night.

Elk Grove Village’s name was out there. And over the next three years, the park’s vacancy rate plummeted. It recently checked in at a record-low 2.6 percent in the second quarter of 2018.

Johnson isn’t sure how big of a role marketing played in the industrial park filling up. The strength of the economy obviously played the most important part, as did a bevy of infrastructure improvements made to the highways and interchanges that surround Elk Grove Village.

He was certain, however, that the village would have to remain vigilant in keeping that rate low in future years, which meant maintaining a vital marketing presence.

The only problem was that rates for the nightly Trump and Cubs shows had skyrocketed. Continuing on the same path didn’t present the same value for Elk Grove Village as it once did.

So Johnson started doing some thinking outside of the box.

“I get bored and I think of different things,” Johnson said. “I drive [my staff] nuts with some of the things I come up with.”

Johnson knew he wanted to make a big splash. He looked into running an Elk Grove Village ad during the Super Bowl or Oscars, but both were cost prohibitive, running millions of dollars the village didn’t have for just 30 seconds of airtime.

Then, one day last December, he and his wife were at their second home in Wisconsin. The weather was unseasonably warm. Johnson couldn’t snowmobile or ice fish, so he sat on the couch watching bowl game after bowl game.

During one of the games — he can’t remember which — an idea popped into his head.

“Look at the television,” he said to his wife, who was sitting nearby.

“That’s all I wanted to hear, thank you,” Johnson said.

Though he faced initial skepticism from his wife and co-workers, Johnson found that his enthusiasm was shared by a few marketing experts whose opinion he values.

From there, they started looking into sponsorship options. ESPN Events manages 15 different bowl games and Elk Grove Village zeroed in on three of them: the Hawaii, New Mexico or Bahamas Bowl.

Johnson didn’t like Hawaii’s late-night slot and New Mexico wasn’t a warm-weather locale like Johnson was picturing in his head, so the Bahamas Bowl — a game previously sponsored by Popeyes Chicken — ended up being the choice.

For $300,000, about half of the village’s annual marketing budget, Elk Grove Village would make sponsorship history as the Bahamas Bowl title sponsor. The village board approved the deal with a unanimous vote at a special board meeting at the end of July and a public announcement was made.

Johnson was staggered by the response.

“Our goal all along was that we wanted 95 percent of the benefit by kickoff,” Johnson said. “In the first 24 hours, we got five thousand times the return.”

The Associated Press wrote an article that landed Elk Grove Village in three of India’s largest newspapers. One of Johnson’s friends was traveling through Berlin and saw his hometown mentioned on “SportsCenter.” All of Chicago’s television stations came out to interview him for the nightly news.

They all asked: Is this really worth it?

“You’re out here, aren’t you?” Johnson asked right back.

In the middle of the initial rush of attention, Johnson took a call from Elk Grove Village’s most famous resident. John McDonough is the president of the Chicago Blackhawks and is known as one of the best marketers in town for his decades of work with the Blackhawks and Cubs.

“Craig, you’re a genius,” McDonough said, according to Johnson. “You got all of this for just $300,000? We have to win the Stanley Cup to get this kind of attention.”

’This is not a junket’

Three weeks before the game, Johnson sits in his office doing yet another interview about the Bahamas Bowl. Framed printouts of internet articles about the game hang on the walls.

The reception from Elk Grove Village residents has been a good one, he said. The news channels and Cubs sponsorships got them used to the idea of advertising the village as a business destination, plus property taxes are staying flat.

Additionally, Johnson has made a point of stating in every interview that any village official wanting to attend the Bahamas Bowl will foot their own travel, hotel and food bills.

“This is not a junket,” Johnson said.

Elk Grove Village has an option to extend its Bahamas Bowl sponsorship to the 2019 game for the same price and must do so by March 1.

Since the novelty of a suburb sponsoring a bowl game will have worn off, it’s unlikely the village will draw the same sort of attention from the media. But Johnson is open to renewing if he sees results from an advertising campaign done by Banner Collective and a six-week internet advertising campaign that is targeting business owners who are also sports fans. If those owners click through to see what Makers Wanted and Elk Grove Village are all about, it will be considered a success.

“Everything we get from here is gravy,” Johnson said. “[The sponsorship] did everything we wanted it to — it got our name out there, it got our community out there. If you go and Google ‘Makers Wanted,’ Elk Grove Village is going to come up.”