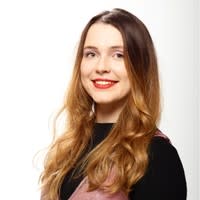 In an effort to be as environmentally-friendly as possible, hanging onto all those plastic containers for storing food in the kitchen can seem like a wise idea.

However, a mum-of-four has claimed that using old Tupperware boxes could actually be unsafe.

Following tests on some items, Tamara Rubin, from Oregon in the United States, discovered that they contained lead and arsenic.

While there is absolutely no suggestion that current Tupperware on sale contains these potentially-poisonous chemical elements, she simply wants to make other parents aware of the dangers.

The mum began raising awareness of lead poisoning on her blog, Lead Safe Mama, when her son became ill in 2005 after being poisoned by lead in paint.

Since 2009, she has regularly tested various everyday items to see if they contain it - which is how she became concerned about old Tupperware.

While she suspected the containers would come back positive for lead, she revealed in a new post on her website that she never thought they would contain arsenic too.

She wrote: “Many of these vintage Tupperware pieces have been kept in regular daily service for their 40+ years of life and may have considerable wear and deterioration as a result of decades of heavy regular use.

“So even if they were not leaching at the time of manufacture they may be leaching now – four or five decades later.’

Tamara added: “While there may not be a single incident of Lead poisoning (or Arsenic poisoning for that matter) that can be traced to a kitchen item like this (because that is a difficult thing to track and study, given how many potential sources of toxicants can be found in our lives – in many things we use every day), with multiple toxicants present, at the levels found here, there is no defensible reason to save items like this and use them for food use purposes — when there are inexpensive toxicant-free alternatives readily available today in nearly every store that sells kitchen goods.”