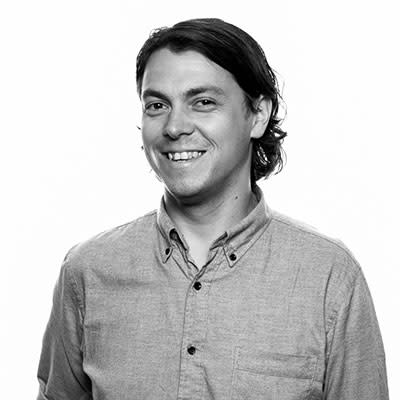 Watch: Trailer for Netflix’s big October release The Trial of the Chicago 7

Netflix has started to announce the new films and shows it is launching on the UK streaming service this October.

Of course, October means Halloween is on the way and to get people hyped for the spookiest day of the year, expect to see a wealth of thrillers, chillers and blood-spillers landing on the platform throughout the month.

Elsewhere, the streaming giant is entering the Oscar race with the release of Aaron Sorkin’s The Trial of the Chicago 7, which features an all-star cast of Eddie Redmayne, Sacha Baron Cohen and Yahya Abdul-Mateen II.

Here’s everything we that’s coming to Netflix UK this October.

What was intended to be a peaceful protest at the 1968 Democratic National Convention turned into a violent clash with police and the National Guard. The organisers of the protest—including Abbie Hoffman, Jerry Rubin, Tom Hayden and Bobby Seale—were charged with conspiracy to incite a riot and the trial that followed was one of the most notorious in history.

After a whirlwind romance in Monte Carlo with handsome widower Maxim de Winter (Armie Hammer), a newly married young woman (Lily James) arrives at Manderley, her new husband’s imposing family estate on a windswept English coast. Naive and inexperienced, she begins to settle into the trappings of her new life, but finds herself battling the shadow of Maxim’s first wife, the elegant and urbane Rebecca, whose haunting legacy is kept alive by Manderley’s sinister housekeeper Mrs. Danvers (Kristin Scott Thomas).

Fueled with determination and a passion for science, a bright young girl builds a rocket ship to the moon to prove the existence of a legendary Moon Goddess. There she ends up on an unexpected quest, and discovers a whimsical land of fantastical creatures.  Directed by animation legend Glen Keane, and produced by Gennie Rim and Peilin Chou, Over the Moon  is an exhilarating musical adventure about moving forward, embracing the unexpected, and the power of imagination.

This unique feature documentary tells the story of life on our planet by the man who has seen more of the natural world than any other. In more than 90 years, Attenborough has visited every continent on the globe, exploring the wild places of our planet and documenting the living world in all its variety and wonder. Addressing the biggest challenges facing life on our planet, the film offers a powerful message of hope for future generations.

Hubie Dubois (Adam Sandler) thanklessly spends every Halloween making sure the residents of his hometown, Salem, celebrate safely and play by the rules. But this year, an escaped criminal and a mysterious new neighbor have Hubie on high alert. When people start disappearing, it’s up to Hubie to convince the police (Kevin James, Kenan Thompson) and townsfolk that the monsters are real, and only he can stop them.

Radha, a down-on-her-luck NY playwright, is desperate for a breakthrough before 40. But when she foils what seems like her last shot at success, she’s left with no choice but to reinvent herself as rapper RadhaMUSPrime. The Forty-Year-Old Version follows Radha as she vacillates between the worlds of Hip Hop and theatre on a quest to find her true voice.

After making a harrowing escape from war-torn South Sudan, a young refugee couple struggle to adjust to their new life in a small English town that has an unspeakable evil lurking beneath the surface.

Sloane (Emma Roberts) and Jackson (Luke Bracey) hate the holidays. They constantly find themselves single, sitting at the kids table, or stuck with awkward dates. But when these two strangers meet one particularly bad Christmas, they make a pact to be each other’s “holidate” for every festive occasion throughout the next year.

When high school freshman Kelly Ferguson (Tamara Smart) reluctantly agrees to babysit Jacob Zellman (Ian Ho) on Halloween, the last thing she expects is to be recruited into an international secret society of babysitters who protect kids with special powers from monsters.

BLACKPINK: Light Up The Sky - 14 October

The film interweaves exclusive interviews with never-before-seen footage of BLACKPINK members Jisoo, Jennie, Rosé and Lisa, from their trainee days to the global sensations they are today. Viewers will get a first look into the recording process of the band’s follow up album, which depicts the highs and lows of being a K-pop idol group, and showcases each member’s incredible talent that when combined, creates the uniquely trailblazing DNA of BLACKPINK.

In the starving aftermath of a nuclear disaster, Leonora (Gitte Witt), Jacob (Thomas Gullestad) and their daughter Alice (Tuva Olivia Remman) are on the edge of survival. One day, the local hotel invites survivors to attend a theatre play, with a meal included, as a charitable effort to help those in need. Left with no choice, the family of three decide to go to the hotel, where the director, Mathias (Thorbjørn Harr), introduces the entire hotel as the stage.

Guillermo Vilas: Settling the Score is a documentary film that follows the story of tennis legend Guillermo Vilas, who for more than 40 years demanded a revision of the rankings so he'd be recognized as No. 1 in the world. It's also the story of a sports journalist, Eduardo Puppo, who took on Vilas fight as a personal one, and started a crusade that lasted more than 10 years against one of the biggest sports corporations in order to prove that Vilas was effectively and unfairly displaced from the top spot in global tennis.

Alex, an advertising creative wants to be a dad at all cost, but his wife is a lawyer on top of her career, and being a mother isn't part of her plans. An unexpected guest will challenge their love.

A group of young friends from the Bronx fight to save their neighbourhood from a band of vampires.

A lifetime of making documentaries has convinced award-winning filmmaker Kirsten Johnson of the power of the real. But now she’s ready to use every escapist movie-making trick in the book - staging inventive and fantastical ways for her 86-year-old psychiatrist father to die while hoping that cinema might help her bend time, laugh at pain and keep her father alive forever.

The Sisterhood of the Traveling Pants (2005)

The Haunting of Bly Manor - 9 October

From The Haunting of Hill House creator Mike Flanagan and producer Trevor Macy comes THE HAUNTING OF BLY MANOR, the next highly anticipated chapter of The Haunting anthology series, set in 1980s England. After an au pair’s tragic death, Henry Wingrave (Henry Thomas) hires a young American nanny (Victoria Pedretti) to care for his orphaned niece and nephew (Amelie Bea Smith, Benjamin Evan Ainsworth) who reside at Bly Manor with the estate’s chef Owen (Rahul Kohli), groundskeeper Jamie (Amelia Eve) and housekeeper, Mrs. Grose (T’Nia Miller). But all is not as it seems at the manor, and centuries of dark secrets of love and loss are waiting to be unearthed in this chilling gothic romance. At Bly Manor, dead doesn’t mean gone.

Based on the acclaimed podcast of the same name, and from host Hrishikesh Hirway and Oscar®-winning filmmaker Morgan Neville, each episode of Song Exploder features some of the world's greatest musicians as they reveal how they brought one of their songs to life.

Emily (Lily Collins), an ambitious twenty-something marketing executive from Chicago, unexpectedly lands her dream job in Paris when her company acquires a French luxury marketing company — and she is tasked with revamping their social media strategy. Emily's new life in Paris is filled with intoxicating adventures and surprising challenges as she juggles winning over her work colleagues, making friends, and navigating new romances.

A coming-of-age documentary series following a tight-knit group of deaf students at Gallaudet University, a renowned private college for the deaf and hard of hearing, in Washington, D.C. As the group of friends navigate the high, lows, and hookups of college life together, their stories offer an unprecedented, unfiltered, and often unexpected look inside the Deaf community. From executive producers Eric Evangelista, Shannon Evangelista, Nyle DiMarco, and Brandon Panaligan.

Set in the initial months of the COVID-19 pandemic, SOCIAL DISTANCE is an eight-part anthology series that showcases the power of the human spirit in the face of uncertainty and isolation.

Grand Army tunnels into a generation that’s raging and rising. Five students at the largest public high school in Brooklyn take on our chaotic world as they fight to succeed, survive, wild out, break free and seize the future.

Based on the novel by Walter Tevis, the Netflix limited series drama THE QUEEN’S GAMBIT is a coming-of-age story that explores the true cost of genius. Abandoned and entrusted to a Kentucky orphanage in the late 1950s, a young Beth Harmon (Anya Taylor-Joy)  discovers an astonishing talent for chess while developing an addiction to tranquilizers provided by the state as a sedative for the children. Haunted by her personal demons and fueled by a cocktail of narcotics and obsession, Beth transforms into an impressively skilled and glamorous outcast while determined to conquer the traditional boundaries established in the male-dominated world of competitive chess.

The iconic series UNSOLVED MYSTERIES is back! Fusing signature elements from the original series with contemporary immersive, character-driven storytelling, the 12 new episodes are rooted in the experiences of ordinary people who have lived the unthinkable — from the trauma of a loved one’s unexplained disappearance or horrific death, to the shock of a bizarre paranormal encounter.

Some of the series coming to Netflix UK/IE in October:

Watch: The top picks for Sky Cinema this October