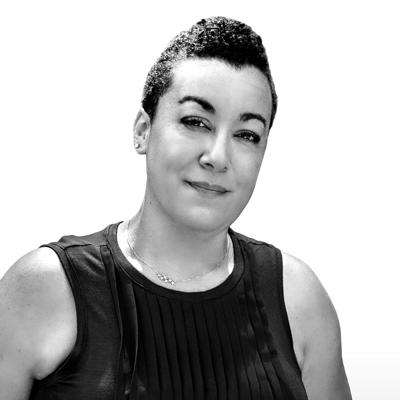 Like millions of Americans, NFL players of Haitian descent or with recent roots in African nations were stung by President Donald Trump’s comments this week, when he reportedly called the countries in Africa “shitholes” and was similarly disparaging toward Haiti.

Seattle Seahawks defensive end Cliff Avril, who was raised in Jacksonville but whose parents are from Haiti and has done a significant amount of work in the country in recent years, wrote, “As a proud descendant of Haiti, I’m disappointed by the divisive words from the President. Haitians and others have contributed to this country and should be able to continue to do so.”

Avril traveled to Haiti every summer as a child, and has returned in recent years for football camps, backpack giveaways for students and, in 2016, he built a schoolhouse. Last month, as his Seahawks played the Jaguars in Jacksonville, Avril arranged for some children from the country to come to Florida, where they met Avril and some of his teammates and went to the Seahawks-Jaguars game, among other events.

The ugly words from Trump have inspired others to donate to Avril’s foundation, which he uses to continue to do good deeds in Haiti.

Injured Philadelphia Eagles quarterback Carson Wentz, who (obviously) isn’t Haitian but has visited the country, also voiced his support for the people there, saying a visit to Haiti changed him:

Much love for the people of Haiti! They’ve been thru so much but it was incredible to see so much hope in them—even tho they’ve been stricken by so many natural disasters. Such a resilient nation & a place I’m passionate about. Definitely changed @jmattjmattjmatt and I forever! pic.twitter.com/IiuVudjACC

Minnesota Vikings linebacker Emmanuel Lamur told Sports Illustrated, “My mom and dad and sister came from Haiti. They worked so hard to get where they’re at right now. They just wanted an opportunity to be here and provide the best opportunities to their kids. Isn’t that what we all want?”

Lamur, who grew up in Florida, recalled his mother, a nurse, working two jobs; his father was a sanitation worker in West Palm Beach. Lamur also has a foundation that helps people in Haiti; he’s chosen to work with the Mission of Grace to care for orphans, many of whom lost their parents either in the 2010 earthquake or Hurricane Matthew in 2016.

“I’m proud to be a Haitian and an American,” Lamur said. “This is who God made me to be. Would you say the same thing about Haiti if one of your grandchildren was Haitian? Why not use your gift to make the world a better place? We have many great people in this world of all races and nationalities who have done great things. Where’s the love?”

San Francisco 49ers receiver Pierre Garcon, who was born in New York to Haitian parents, told TMZ Sports that he wasn’t surprised by Trump’s comment, but did say he’s willing to forgive the president.

“We forgive him, that’s all we really can do,” Garcon said. “You can only try to show somebody something if they don’t want to experience it. We are happy to be from Haiti, we are happy to be Haitian immigrants, there are a lot of Haitian people that are in America who are happy to come here and be an asset to the country and take pride in that.”

Garcon continued: “You don’t fight fire with fire, you try to shed light on the situation and try to see a different point of view to encourage and embrace and enlighten everyone on what we have.”

On Instagram, Garcon posted a video of CNN anchor Anderson Cooper lauding the strength of the Haitian people, which Cooper saw firsthand in the aftermath of the devastating earthquake there eight years ago this week, writing, “100% truth.”

Former Giants and Falcons defensive end/outside linebacker Osi Umenyiora, who was born in London to Nigerian parents, tweeted that “I’m also from one of those ‘shithole’ countries. And I’m pretty sure I’ve paid the U.S. Govt a SUBSTANTIAL amount of money in taxes. I feel sadness for the Great people of that GREAT country, knowing that’s the leader.”

Umenyiora, who now works for the BBC in the country of his birth as an NFL commentator, quoted a tweet from conservative political consultant Frank Luntz saying that 43 percent of immigrants in the United States from African countries have at least a bachelor’s degree; 33 percent of the general American population has at least a bachelor’s degree.

It was the second time in roughly a month that there have been reports of Trump referring to the impoverished island nation and the entire African continent in such terms – previously, he was quoted as saying all Haitians “have AIDS,” and that African immigrants won’t want to “go back to their huts” once they come to the United States.