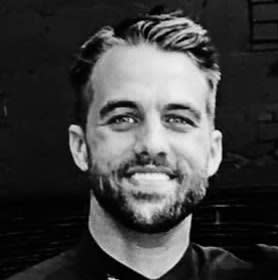 Nick Ritchie really did not want to part ways with that tooth.

As the Boston Bruins took on the Tampa Bay Lightning during an NHL playoff round-robin contest on Wednesday, a common hockey occurrence took place as one Ritchie’s teeth casually fall out of his mouth after engaging in a little scrum near the Lightning net.

What followed next was much more odd, as the Bruins forward pleaded with the official to let him search for his fallen fang before leaving the ice. Not sure what sentimental value is attached to that tooth for Ritchie, but he made sure to go back to the scene of his loss and take another look before the zamboni hit the ice for the second intermission flood.

Nick Ritchie lost his tooth after hitting McDonagh. He had to search for it on the ice during the second intermission before the zamboni swept it away. pic.twitter.com/c6YzYZ5NJr

Though his motives are likely very strange and may remain a mystery, Ritchie’s persistence has to be commended as — with the help of goaltender Jaroslav Halak — searched long and hard for his newly dislodged bicuspid before it was (seemingly) washed away into the Scotiabank zamboni dock forever.

Maybe he did find it and just played it off, but judging by his defeated reaction on the bench after the intermission hunt, his attempts were unsuccessful.