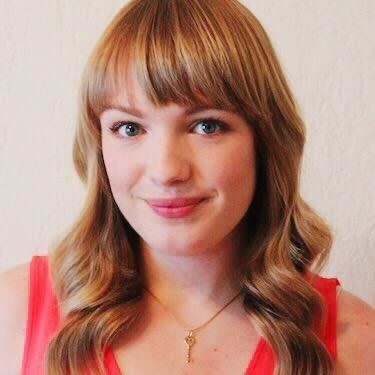 A former member of the coronavirus task force who spoke out against President Donald Trump is denouncing her former boss’s claim that she’s merely a fired, disgruntled employee.

Olivia Troye, who was an aide to Vice President Mike Pence, defended herself Tuesday after retired Lt. Gen. Keith Kellogg, Pence’s national security adviser, said he removed her from her positions.

“The reason I fired her is because her performance started to drop,” Kellogg said at a news conference Tuesday. “I’m the one who escorted her off the compound.”

Troye, who endorsed Democratic presidential nominee Joe Biden last week because of Trump’s “flat out disregard for human life” during the COVID-19 pandemic, tweeted that Kellogg’s story is “a bald faced lie” and that she was actually asked to stay after handing in her resignation.

Sad that Gen. Kellogg is telling a bald faced lie to protect the President. I resigned on my own accord & was asked to stay. He never escorted me out. He knows this. I wrote a note thanking all the colleagues who had worked so hard with me in spite of POTUS & I stand by that. 🇺🇸 https://t.co/cQ8DTJI640

She also shared a screenshot of an August post on her Instagram account showing a coin Kellogg gifted her when she left the job. “This gift is not the action of someone who did what Kellogg claims he did,” Troye wrote.

I received this as a gift from Gen Kellogg & as you can see I appreciated it! This gift is not the action of someone who did what Kellogg claims he did. pic.twitter.com/N920c1OOml

Troye, who worked in Pence’s office for two years, made headlines Thursday when she went public with her concerns about Trump’s handling of the pandemic.

“The president’s rhetoric and his own attacks against people in his administration trying to do the work, as well as the promulgation of false narratives and incorrect information of the virus have made this ongoing response a failure,” she told The Washington Post.

Troye also spoke out in a video released by the group Republican Voters Against Trump, saying the president noted early in the pandemic that it was a good thing because he wouldn’t have to “shake hands with these disgusting people,” referring to voters.

“What she has said I’ve never heard,” Kellogg told reporters. “What bothers me about what Olivia said is, by insinuation, the disparagement of the task force, the vice president, and the president of the United States.”

An interview Troye taped with NBC News is scheduled to be broadcast later Tuesday.