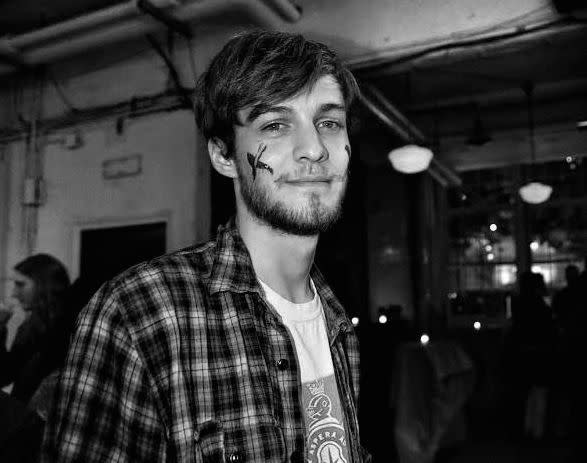 Former Florida attorney general Pam Bondi, a longtime ally of President Donald Trump, defended suspected killer Kyle Rittenhouse this week, saying he was trying to “protect” his community when he allegedly killed two people in a state he didn’t live in.

“People have to understand out there, that this was a war zone,” Bondi told Fox News’ Sean Hannity Tuesday night. “You’ve got a 17-year-old trying to protect his state.”

For the second time tonight Fox News is unabashedly defending Kyle Rittenhouse with Pam Bondi calling him "a little boy out there trying to protect his community" pic.twitter.com/PzDKJVSDec

Bondi was talking about Rittenhouse’s alleged shooting of three people, two fatally, at a protest in Kenosha, Wisconsin, on Aug. 25. The teen lives in Antioch, Illinois, but was in Wisconsin when he joined other armed vigilantes confronting demonstrators demanding justice for Jacob Blake, a Black man who was shot in the back seven times by police in Kenosha.

Cell phone video showed the moment Rittenhouse appeared to fire at protestors Anthony Huber and Gaige Grosskreutz, who were seeking to confront Rittenhouse over his suspected killing of Joseph Rosenbaum earlier that night. Huber was fatally shot in the incident captured on video. Grosskreutz was hit in the arm but survived.

Video then shows Rittenhouse approaching police vehicles with his hands raised in surrender. Officers did not take him into custody at the scene. Instead, Rittenhouse was allowed to walk free and was taken into custody the following day and charged with murder.

Bondi defended Rittenhouse’s shootings, saying that two of the victims had prior criminal charges and that “this kid was out there trying to help people.”

Bondi is a former attorney general of Florida who joined Trump’s impeachment defense team. At the Republican National Convention earlier this year, Bondi said she “fought corruption” during her time as attorney general. However, she was accused of corruption herself after dropping plans to join a class-action suit against Trump University after Donald Trump’s charity donated $25,000 to her reelection campaign in 2013. She now makes regular appearances on Fox News to defend Trump and, apparently, a suspected murderer.

“What’s it coming to in these liberal cities when teenagers have to go out there to try to provide aid to other people getting injured by these rioters?” Bondi said on Tuesday, failing to mention the large police presence at the demonstration, or that the only people who died at the protest were the two men Rittenhouse is charged with killing.

Donald Trump Jr. also defended Rittenhouse earlier this month, downplaying the killings as something that any wayward teen might get mixed up in.

“If I put myself in Kyle Rittenhouse [sic] ― maybe I shouldn’t have been there,” Trump Jr. told the TV show “Extra.”

“He’s a young kid,” Trump added. “I don’t want 17-year-olds running around the streets with AR-15s. Maybe I wouldn’t have put myself in that situation. Who knows? But we all do stupid things at 17.”

CORRECTION: This article previously stated that Rittenhouse had brought a rifle across state lines. His lawyer has said a Wisconsin resident provided the rifle, and charging documents do not say where he got the gun.