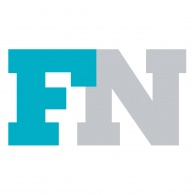 Ralph Lauren’s revenues slid 66% to $487 million in the first quarter as digital gains failed to offset retail and wholesale declines.

While the brand has now reopened nearly all of its stores across North America, Europe and Asia, significant disruptions throughout the quarter, which ended June 27, resulted in flagging sales throughout all regions.

On Tuesday, the company reported a loss of $1.82 per diluted share, below the $1.72 forecast by Wall Street.

Like many of its peers, Ralph Lauren pulled off online sales gains as consumers around the world stayed home to fight the spread of the virus. Asia saw the biggest spike, with digital sales up 68%, trailed by Europe and North America at 44% and 3%, respectively. Overall, digital sales rose 13% in the first quarter. This wasn’t nearly enough to make up for lost traffic, however, particularly in North America, where comparable-store sales at brick-and-mortar stores sank 77%.

Wholesale sales in the region dropped by 93%, likely reflecting canceled spring orders and widespread declines at department-store partners such as Macy’s and Hudson’s Bay Company.

“The past few months have marked a period of extraordinary challenge, but also agility and resilience,” said Patrice Louvet, Ralph Lauren’s president and chief executive officer. “Our financial performance this quarter reflects an unprecedented three months of COVID-19-related impact around the world. We are taking the opportunity to leverage this period of disruption to accelerate our core strategic focus areas, drive new areas of growth, and realign our resources accordingly.”

Among the more optimistic signs in the earnings brief was an uptick in sales in mainland China, which saw a mid-teens increase and which are expected to return to pre-pandemic growth levels by next quarter.

The company also announced a new program that promises to increase the representation of people of color on its global leadership team to at least 20% by 2023. To meet this goal, it says it will interview at least two candidates from underrepresented groups for every open leadership role.