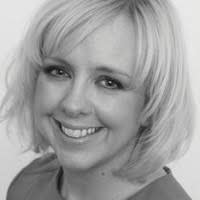 Watch: Plus size fashion - The rules to follow for a perfect look

Reality Check, the show where reality TV stars share their sage advice, is back for season 2 and this time we’ve got three wise agony aunts – or should that be, queens - helping to solve your problems.

In this series, RuPaul’s Drag Race UK stars Baga Chipz, Blu Hydrangea and Vinegar Strokes are here to answer your questions and give you a proper reality check!

They’ll not only help sort your life out, but they will also do it in their own fab-u-lous way and with a whole lot of glitter and ruffles.

So, what, can you expect from the new series?

Mega contouring and rude jokes aside, expect lots of insight into the world of our queens – and more importantly – some of their fierce words of advice. The royal trio have had more than their fair amount of adventures and can’t wait to share their honest opinions.

Listen: Baga, Blu and Vinegar discuss why there really needs to be a plus-size winner of RuPaul’s Drag Race

If you want your advice sugar-coated, Baga is perhaps not the queen for you! She’ll be serving equal measures of sass and shade – and some NSFW jokes – but just like any national treasure, she’s got a heart of a gold.

Not long ago, Baga was struggling to make ends meet, but after coming third on RuPaul’s Drag Race UK, she’s now a regular face on prime-time TV. Most recently she appeared on Celebrity Masterchef, but sadly her fish and chips didn’t quite hit the spot and she was eliminated.

Now you can catch her on Reality Check where she’ll be showing her own style of tough love, but also teaching you how to love the real you – regardless of what anyone else thinks.

“We want you to help you follow your dreams” - Blu Hydrangea

As the first Northern Irish queen to appear on RuPaul’s Drag Race, Blu Hydrangea entered the infamous drag show to give young LGBT+ people back home representation. She told Pink News: “I want little gay kids to feel like, ‘I can grow up in Northern Ireland and do what I want and live my life, my best rainbow life. I don’t have to be in black and white forever.'”

In her first episode of Reality Check, Blu who calls herself ‘queen of the makeup brush’, talks about beauty and how makeup was her initial introduction to drag - documenting her extravagant makeup looks on Instagram led her to eventually appearing on RuPaul’s Drag Race UK.

Expect lots of great makeup tips from this young queen, plus advice on how to make those dreams turn into a reality.

She’s the hybrid of Lizzo, Kat Slater and Tina Turner, yet Vinegar Strokes is not just a diva, she’s also the matriarch of our agony aunts, imparting her wise words with empathy.

Prior to appearing on RuPaul’s Drag Race UK, Vinegar lit up the West End in hit show Everybody’s Talking About Jamie and said that finding her inner drag queen was the best decision she had ever made.

She told the BBC: “I started off as an actor, which is so hard to get even an audition and drag has given me the opportunity to do so many amazing acting jobs and comedy shows, performing up and down the country, in the West End.” More recently, Vinegar hosted the Extra Lap Re-cap for Canada's Drag Race.

Being from a generation who were “knocked down if they were different” Vinegar is a keen supporter of diversity and hopes she inspires others to stand out from the crowd. As someone who’s spent years doubting herself, you can guarantee she’ll be sharing her tips on finding self-confidence and how to turn a negative into a positive.