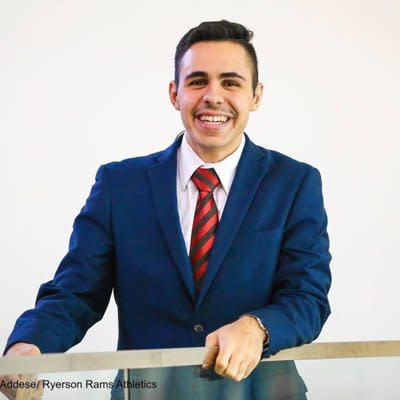 This Saturday, there are lots of different ways you can go with your NHL DFS lineup on Yahoo.

The main slate isn’t particularly loaded — just eight games — but there are some good matchups that should bring forward some strong fantasy performances.

Here are my recommendations for your lineup.

These are the players that are not the most or least expensive on the board, but solid options for your lineup.

Trochek has really come on for the Florida Panthers recently. Over his last seven games, the forward has notched seven points and has anchored what has been a solid second line which also includes Noel Acciari and Brett Connolly. He’s been a high-volume shooter recently as well, firing 15 pucks towards the net over his past four contests. Additionally, the Detroit Red Wings will be playing their second game in as many nights.

The Panthers are about as deep as they come offensively, and Hoffman, who plays on the team’s third line, has been nothing short of brilliant recently. He’s entering Saturday’s action on a seven-game point streak and has been a key member of the team’s top power-play unit. Florida should have some success on the man advantage as its opponent, the Red Wings, own the second-worst penalty kill in the NHL.

The Buffalo Sabres have picked up their play recently, winning each of their past three contests. Dahlin has been able to pitch in and help his team out quite a bit as of late, recording six points over his last six games. The Sabres play a Nashville Predators team that certainly hasn’t been the picture of strong defensive hockey and good goaltending, allowing four goals or more in four of their last six contests.

Casual NHL fans may not be too familiar with the goaltending stylings of Merzlikins, but now’s the time to step up if you want to fit the netminder into your lineup for a reasonable price. The 25-year-old has recorded two shutouts in his last three outings. A winner of three-straight, it makes sense to snag Merzlikins for under $30.

When a team is having a good night offensively, you want to have as many pieces as possible. Stacking an offence can be a rewarding strategy.

There’s a lot of different ways to go when stacking the Panthers on Saturday. In my lineups I won’t necessarily be going ultra-heavy on members of the Cats, but here are some ways you can go about stacking the club.

You don’t have to include all members, but with the help of some cash savers listed below, it is feasible. As mentioned earlier, the Red Wings have the second-worst PP in the league, this is a pretty wise way to attack it.

If you want to get some members of the Panthers without completely burning through the budget, you can go after the players not listed on the club’s top forward line. All three have been solid performers and should offer quality production for the price.

Expensive, But Worth It

Sometimes you can’t help but spend a decent amount of your budget to get elite fantasy production.

Eichel has really taken his game to a whole other level this season. If his 18-game point streak wasn’t enough earlier this season, the Sabres captain is currently rocking a nine-game point streak. Going up against the Predators certainly isn’t what it used to be, as Nashville has struggled mightily of late, dropping seven of their last 10 games. Additionally, the club has struggled to stay out of the box taking 28 penalties over its past seven games. Couple that with the fact that the Preds have the league’s worst PK, and you get a pretty nice fantasy spot.

It may be silly, but when selecting a goalie, the first question running through your mind should be: What is his team’s chance to win?

Last week I recommended Carey Price against the Ottawa Senators at the height of the Montreal Canadiens’ eight-game losing streak in this spot and that worked, so in comparison, taking Elliott at home against the Kings isn’t that crazy.

His 3.14 goals-against average and .897 save percentage are both uninspiring, but he did look ok in his last outing, earning a 4-3 victory over the St. Louis Blues on Thursday.

What gets him in my lineup is the Philadelphia Flyers’ record at the Wells Fargo Center. The team owns a sterling 15-4-4 record at home this season.

Spent some major cash on some potential game-changers? These inexpensive players can help fill out the rest of your lineup.