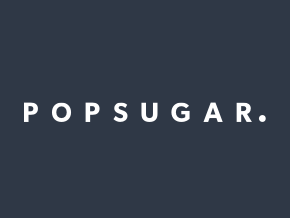 Just as the cast of Pop TV's Schitt's Creek swooped in to claim our hearts over its six-season run, the series turned Sunday night's Emmys into a "Schitt's Sweep." Celebrating the show's historic sweep of all the major comedy categories, the cast and crew gathered in the virtual "backstage" to discuss the series's significance with the LGBTQ+ community and how it shifted the conversation of LGBTQ+ romance on television.

"I think getting to write [David and Patrick's] storyline was cathartic for me for many reasons," creator Dan Levy began when asked about the love story between his and Noah Reid's characters. "I don't often get to see those kinds of relationships depicted on TV, so I felt that it was an incredible responsibility to be given the opportunity and to try to tell it as authentic as I possibly could."

"We made a decision to not include the conversation of homophobia or bigotry on our show," he added. "By projecting a sweeter, gentler world, I feel that it was a political statement. It seemed to have an incredible effect on people."

David and Patrick's path from flirtatious acquaintances to one of TV's greatest couples was paved with snarky one-liners, hilarious mishaps, and enough renditions of "Simply the Best" to own our hearts forever. Not only did the couple earn the eternal love of the show's fans, but it also changed the often-tragic narrative of LGBTQ+ relationships on TV, a significance that was touched upon during the show's documentary special that aired after the series finale on April 7.

During the special, Reid read an extraordinary letter penned by the Mama Bears, a group composed of mothers of children of the LGBTQ+ community, expressing their thanks to Levy for his "commitment to represent love and tolerance" on the show. The letter shared the hopes of the mothers that the series would serve as "a catalyst to help change the world into a kinder, safer, more loving place for all LGBTQ people to live."

Backstage, Levy went on to say that the cast and crew have received numerous feedback from viewers who say they've been forever changed by the show. "That is the gift, to be perfectly honest," he admitted. "To know that you've done something that's not only brought laughs to people, but has also changed conversations in people's homes and changed people's minds and changed people's hearts . . . all of this is just icing on the cake."

And although the cast are exceptionally pleased with their Emmy wins, that doesn't mean we're any closer to a Schitt's Creek movie. Levy reiterated that he saw the finale and subsequent award wins as the best way the show could have ended, but he's not saying it'll never happen. "If an idea ever popped into my head [for a movie] worthy of these wonderful people, it has to be really freakin' good at this point because this is a really nice way of saying goodbye," he admitted. "So fingers crossed that we really get a good idea!"