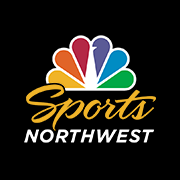 After the WNBA postponed Sunday’s Game 1 between the Seattle Storm and Minnesota Lynx of the WNBA Semifinals due to "inconclusive COVID-19 test results for players from the Seattle Storm," the league announced Tuesday that Game 1 will be played at 6:00 p.m. PST Tuesday night.

The following was released by the WNBA: pic.twitter.com/lrfkoKbEuB

The 2020 WNBA semifinal matchup between No. 2 Seattle and No. 4 Minnesota has championship pedigree, no doubt. The Storm and Lynx have combined to win seven championships, including six over the last 10 years.

The Storm, who are seeking their fourth championship in their 20 years in the league, have been flying under the radar as a No. 2 team with so much chatter and focus on the No. 1 Las Vegas Aces.

And Storm coach Gary Kloppenburg likes it that way.

“I guess we are kind of flying under the radar,” Kloppenburg told NBCSNW with a smile. “I think our players let their game do the talking pretty much… It’s a whole new season now.”

A Full Week of Rest did the Storm Good

With their 18-4 overall regular season record, the Storm earned a double-bye in the playoffs, which earned them a full week off.

Which is just what they needed.

Storm superstar Sue Bird played in just 11 games this season dealing with a bone bruise in her left knee. Bird and her dynamic duo partner Breanna Stewart both missed the last two games of the regular season. Stewart has been dealing with a foot injury.

After receiving treatment and not practicing at the start of the week, both Bird and Stewart have been back at practice in the last few days leading up to Game 1.

The Storm won both regular-season matchups against the Lynx, 2-0. In their first meeting, Seattle defeated Minnesota 90-66 back on July 28. The Storm then beat the Lynx 103-88 on Sept. 6.

But, even after easily handling the Lynx during the regular season, Coach Kloppenburg knows the playoffs are a different beast.

“We just gotta go, really get prepared, can’t look too far ahead, stay in the moment,” Kloppenburg said of his team’s approach.

Seattle is also looking to add a couple ‘wrinkles’ to their game plan on both ends of the court.

“It’s intense. Playoffs are a different animal… The thing I like about this team is they really get laser-focused and prepared for playoffs,” Kloppenburg added.

The Matchup vs. Minnesota

Seattle will also need to slow down Minnesota’s perimeter play. Between the WNBA Rookie of the Year, Crystal Dangerfield, along with Odyssey Sims and Rachel Banham, who all combined for 42 points in their one-point victory over the Mercury Thursday, the Storm will have their work cut out for them.

“They’re good. They can really shoot the ball,” Kloppenburg said when discussing his team's matchup against the Lynx. “[Minnesota Coach] Cheryl [Reeve] did a good job of reworking how they were gonna play. They ended up being a really good shooting team… Dangerfield doesn’t look like a rookie to me… We’ve got our hands full. This is a really good team with a lot of weapons. We really have to be ready to come out and match their energy.”

The Lynx and Storm tip-off at 6pm PST Tuesday on ESPN2.