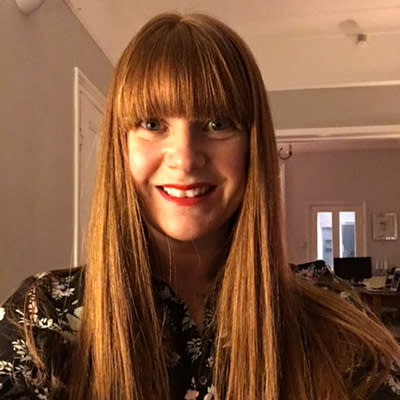 When Eve*, 42, confided in a friend her frustration that her partner was unwilling to start a family, she was completely unprepared for the response.

“You could always put holes in the condom or steal the sperm when he goes to the toilet,” her friend suggested.

It might sound outlandish but according to experts sperm stealing or spurgling as it has been coined is an actual thing.

Although a fairly recent term, before spurgling the act was more commonly known as sperm jacking.

Urban dictionary describes sperm jacking as the term to define “the involuntary collection of a man's sperm, generally committed by females who desire to have a child with a male with no such desire.”

What’s more it is believed the act of burglarising or stealing sperm could actually be on the rise.

A quick google of the term throws up way more examples than you might imagine.

Earlier this year, a man turned to Reddit for advice after returning from the bathroom to find his girlfriend trying to impregnate herself with the contents of their recently-used condom. Unsurprisingly, the now deleted post went viral.

And parenting sites are rife with secret confessions from women who became mothers via the various different methods of stealing sperm.

Most famously, journalist Liz Jones, confessed in the Daily Mail to stealing her ex-partners’ sperm in an attempt to get pregnant.

READ MORE: Why celebrities opening up about their conception journeys is so important

Of course, ‘accidental’ pregnancies, or women attempting to get pregnant without a man’s consent aren’t necessarily all that new, but the methods have been somewhat switched up.

From pretending to be on the pill to purchasing ‘sperm injecting’ kits online, it seems the desire to have a baby is making some women resort to some pretty drastic measures.

But have alarming fertility headlines played a role in driving some to such extremes?

Earlier this month it was revealed that birth rates in England and Wales have fallen to an all time low.

According to figures from the Office for National Statistics (ONS) it is the third year in a row the number of live births have dropped, with levels not being this low since 2005.

For years, women have lived under the threat of a ticking fertility timebomb. Barely a day passes without some reference to the female biological clock.

One doctor even recommended that all single women over the age of 35 should be freezing their eggs, while a further report suggested that women who’re hoping to have a big family should start trying for their first child at the age of 23.

And let’s not forget the leading fertility expert who claimed that girls as young as nine should be advised about their ticking biological clock.

Of course women could turn to donor sperm to achieve their motherhood dream, but that comes at a hefty cost if they do not meet the criteria for free treatment on the NHS.

Unsurprisingly, experts have raised some pretty serious concerns about the practice of spurgling.

“We know that there are a number of cases where women get pregnant without the man being aware of what is happening, but we don't suggest that this is a good idea,” explains Dr Geetha Venkat, Director of Harley Street Fertility Clinic.

“Splurging, which is when the contents of a discarded condom is used by a woman to inseminate herself in order to get pregnant, isn't only unethical but it can be dangerous as well.

“Unprotected sex can lead to STIs which can make you infertile if undetected and therefore you need to ensure that the source of the sperm is healthy.”

Dr Venkat says it is of equal importance to ensure that you protect the welfare of the child by ensuring the sperm provider wants to have a child.

“We would suggest that if a woman wants a baby they either find a partner who wants to have a child or use a sperm donor through a licensed clinic and this means they are safe and so is their baby if they do conceive.”

There’s the legal implications to consider too.

Karen Holden, founder of A City Law Firm says the situation throws up many legal considerations.

“The firm has advised on many fertility arrangements with anonymous donors and co-parenting where a man donates his sperm, willingly, but informally to friends outside of a clinic or through a licensed clinic,” she says.

“In a scenario where a man has donated sperm through a licensed clinic he would normally relinquish all parental rights.

“Before treatment can take place, you are required by law to give your informed consent to ensure your sperm and personal information are used in a way that you're happy with.

“The general position is then a donor can be treated as such, not a legal parent or father. They would not appear on the birth certificate nor have any legal rights.”

But the situation would be different in the case of conception via spurgling.

“If however, this was done informally at home, regardless of any written or verbal agreement, if the mother is unmarried the biological father will be considered the legal parent.

“This position remains the same even if the biological father has not consented to this arrangement, this therefore could apply to the scenario of ‘sperm stealing’.”

Interestingly, according to Denise Woodward, partner in the Family Law Team SAS Daniels it is not illegal to try and get pregnant using sperm without the consent of the man.

“However, if the women is single and not married or in a civil partnership, the donor will be considered the legal parent of any child born as a result of using his sperm,” she explains.

“If a women wants a child without the involvement of the man in the child's life, then she could consider a sperm donor and provide protection by entering into the correct legalities," she adds.

But before men swear off having sex forever more, it is worth remembering that while there are many women who do worry about not being able to conceive or their partner not wanting or being ready for babies, in the majority of cases this won’t likely result in sperm stealing.

And just for the record Eve isn’t planning to become a spurgler any time soon either.

*Name has been changed