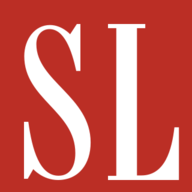 Few places have both the rugged beauty of the Outer Banks and what Nashville singer-songwriter Kate Campbell has called “Southern noir.” If you’ve ever stood at a deserted homeplace on a sunny day and felt something not so sunny in the air, you know what she’s talking about. It’s just a sense that something happened there. Given that mariners of yore called the Outer Banks the Graveyard of the Atlantic because of all the ships that wrecked on its shoals, you can understand the Southern noir of the striking yellow Art Nouveau mansion on Currituck Sound.

Industrialist Edward Collings Knight Jr. shared a love of waterfowl hunting with his wife, Marie Louise Lebel Bonat. While honeymooning, the two discovered the Lighthouse Hunt Club on Bodie Island and bought it. Edward turned it into a waterside mansion and winter retreat for Marie Louise, who wasn’t allowed in any of the male-only hunt clubs on the Banks. Not to worry—it was ready to receive family and friends by 1925. Less than a decade later, the Knights came for their annual October visit but after a few weeks, they abruptly left without explanation and never came back. Supposedly in 2009, paranormal investigators were so spooked by the house that they wouldn’t spend the night.

We don't know what spooked the paranormal crew, but we do know that the best ghost stories are those grounded in truth, and the islands of the Outer Banks have such an incredible maritime history—one laden with pirates and U-boats, shipwrecks and sailors lost at sea—that there's no end to the haunting potential here. It's easy to access because both the locals and vacationers who come here year after year are as enamored of the history of the Banks as the sand and surf. So if you're standing on the beach and a shiver runs up your spine—something probably happened there long, long ago. Ask around. Somebody on the islands knows the story.