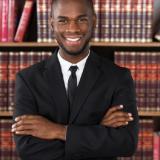 (Reuters) - Canadian telecom firm Telus Corp <T.TO> said director Stockwell Day had stepped down from its board a day after the former cabinet minister compared enduring racism to his experience of being teased in school for wearing glasses.

Day, who is white, made the comments during a TV panel discussion about protests in the United States over the death of an unarmed black man, George Floyd, in Minneapolis police custody.

"Should we all be more sensitive about hurting or insulting people whether it's racist or not?" Day said on CBC News' Power & Play on Tuesday. "Should I have gone through school and been mocked because I had glasses and been called four eyes because of the occupation of my parents? No, of course not."

Telus said the views expressed by Day were not reflective of its values, adding his resignation was effective immediately. Day also resigned as a strategic adviser to a large Canadian law firm which, in a statement, disputed his remarks that systemic racism did not exist in Canada.

On Twitter, Day, a former Conservative public safety minister, apologized to the black community for his comments. About 3.5% of Canada's population identify as black, according to the 2016 census.

"I ask forgiveness for wrongly equating my experiences to theirs. I commit to them my unending efforts to fight racism in all its forms."

Prime Minister Justin Trudeau said on Tuesday that Canadians were observing the events unfolding in the United States "with horror" and also spoke about the need to fight racism in Canada.

(Reporting by Manas Mishra in Bengaluru; Editing by Howard Goller)