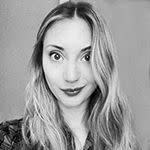 President Donald Trump claimed Thursday that American schoolchildren are “fed lies” about the country being “plagued by racism,” and he plans to sign an executive order intended to encourage schools to give students a “patriotic education.”

The federal government does not control school curriculums on a local level.

Despite this, Trump’s order will establish a commission to promote lessons that “teach our children about the miracle of American history.”

The announcement comes as a direct response to some school districts’ decision to teach history in the more honest and evenhanded way outlined by The New York Times’ 1619 Project. Trump’s panel will be called the “1776 Commission.”

The Times’ project is a multimedia collection of reporting and essays that argues the U.S. was truly founded in 1619 ― the year the first group of enslaved Africans arrived on Virginia soil.

Speaking alongside original copies of the Constitution and the Declaration of Independence, Trump falsely said the project had been “totally discredited.” Contrary to his statement, 1619 Project creator Nikole Hannah-Jones won a Pulitzer prize for her efforts.

“Teaching this horrible doctrine to our children is a form of child abuse, the truest sense,” Trump said.

In reality, American schools are largely failing to teach the complex history and present-day legacy of slavery, according to a 2018 report from the Southern Poverty Law Center that surveyed teachers, students, textbooks and standards set by the states. The report found that schools tend to focus on “feel good” stories about Black people overcoming obstacles in history, while promoting little understanding of how Black slave labor helped build the country.

Trump went on, claiming that The New York Times project teaches that the U.S. was “founded on the principle of oppression, not freedom.”

“Nothing could be further from the truth,” he said. “America’s founding set in motion the unstoppable chain of events that abolished slavery, secured civil rights, defeated communism and fascism, and built the most fair, equal and prosperous nation in human history.”

The Founding Fathers allowed slavery in the Constitution; the practice required a constitutional amendment to end it nearly a century later.

Trump drew a direct line between what he called “left-wing indoctrination” in schools and “left-wing rioting and mayhem,” a reference to the widespread anti-racism protests that have taken place since late May in response to documented incidents of police brutality. Some theft and property damage has been seen in cities like Kenosha, Wisconsin; however, the vast majority of demonstrators have been peaceful and much of the violence has come as a result of police clashes with civilians.

The president and other Republicans have previously attacked the 1619 Project as schools around the country decided to incorporate it into their curriculums. Over Twitter, Trump went so far as to threaten to defund any school that taught the project, despite having a very limited ability to do so.