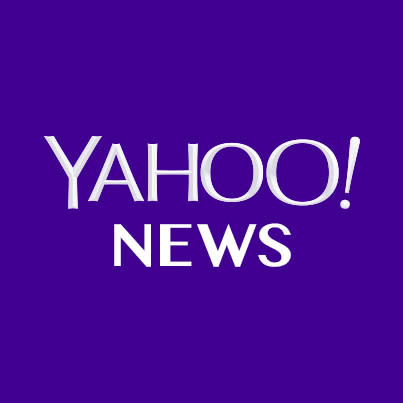 Federal prosecutors in Manhattan this past week appeared to be barreling forward on a collision course with President Trump. Forbidden from indicting him by their superiors in Washington, the prosecutors instead are likely to turn their guns on the president’s family and close associates and, perhaps most significantly, the business he spent his life building, according to former Department of Justice officials.

In court filings, a dramatic sentencing hearing and an unusually revelatory press release, the prosecutors in the office of the U.S. Attorney for the Southern District of New York added substantially to the mound of public evidence that the president has criminal exposure for arranging secret payments to women during the federal election campaign.

In a sentencing memo, the Southern District cited Michael Cohen’s claims that Donald Trump, as a presidential candidate, had directed Cohen to secretly pay off two women who claimed to have had affairs with Trump, in violation of campaign finance laws. In a lower Manhattan courtroom, as he pleaded with a judge for leniency, Cohen cast himself as a weak man and instrument of Trump’s will.

Shortly after the sentencing hearing concluded, Southern District prosecutors revealed for the first time that they had entered into a cooperation deal with American Media Inc. (AMI), the company that publishes the National Enquirer, which had assisted Cohen by negotiating and making one of the secret payments, $150,000 paid to Karen McDougal based on a sham contract, on the understanding that Cohen would reimburse AMI for the expense. (Despite the understanding, he never actually reimbursed AMI.)

AMI agreed to help Southern District prosecutors by providing evidence in exchange for not being charged. Both Cohen and AMI said that the hush money payments, which Trump was involved with and knew about, were intended to influence the presidential election by keeping derogatory stories about Trump out of the news.

“I think that they’re clearly building a case, right?” said Mimi Rocah, a 16-year veteran of the Southern District now in private practice. “They’re not trying to get Cohen to cooperate against AMI because AMI has a nonprosecution cooperation agreement. And they’re not cooperating AMI just against Cohen because he has already pled out. So there seem to be other targets in their sights.”

While it appears the Southern District is assembling a powerful criminal case against Trump, one of the targets for prosecution may be not the president himself, but the Trump Organization.

A stubborn obstacle stands in the way of presenting a case against the president in court. A memorandum, written in the fall of 1973 by attorneys at the Department of Justice’s Office of Legal Counsel amid the Watergate scandal concluded that constitutional principles forbid indicting or criminally prosecuting a sitting president for federal crimes. That conclusion was reaffirmed in 2000 and amounts to a Justice Department-wide policy against bringing criminal charges against the president.

Even though the Manhattan-based division is often cheekily referred to as the “Sovereign District of New York,” former prosecutors who worked there agreed that its vaunted independence would not extend to disregarding the Office of Legal Counsel’s written guidance on indicting and prosecuting the president.

“There’s no question that, as long as the [Office of Legal Counsel] memo is in place, they’re going to follow that,” said Rocah. “Even the ‘Sovereign District’ is not going to just ignore that.”

Other former prosecutors from the office agreed with Rocah’s assessment about the prospect of an indictment of the president.

“They might not do everything the way Main Justice tells them to do it,” Sandick said, using an insider’s reference to Justice Department headquarters in Washington, D.C., “but I think on an issue like this I would be shocked if they said, ‘Well, our analysis is different, we’re indicting the president.’ That would be a surprise.”

Matthew Miller, a former Department of Justice spokesman, agreed that the Southern District was unlikely to disregard Justice Department policy on indicting the president, but “ I don’t think it’s tenable for DOJ to just do nothing about him,” he said. “That could either be some kind of referral to Congress, or by making all the information available through an indictment of somebody else. And then they don’t have to send it officially to Congress. Congress will see it all because it’s all in the public domain.”

The Southern District could not be immediately reached for comment. The Trump Organization did not respond to a request for comment.

The former Southern District prosecutors said that the latter option, bringing further indictments, is likely more in keeping with the office’s culture and its desire to keep its distance from politics.

Federal investigations such as Southern District’s are secret, and any discussion of who future targets might be is necessarily speculative, but the charging documents from that office contain some strong hints that the Trump Organization and its executives could be the targets.

Both Rocah and Sandick pointed specifically to allegations that two Trump Organization executives, referred to in charging documents as Executive 1 and Executive 2, had concocted a fraudulent scheme to pay Cohen back for his payment to Stormy Daniels. NBC News and the Wall Street Journal have reported that Executive 1 is the longtime chief financial officer of the Trump Organization, Allen Weisselberg, who was granted immunity by the Southern District in its investigation.

The identity of Executive 2 is unknown.

Cohen, the prosecutors alleged and Cohen admitted, had given the executives a bank statement showing the $130,000 payment from the account of the shell company Cohen created, along with the $35 wire fee he paid. To this, Cohen added in handwriting an additional $50,000 for “tech services,” which prosecutors wrote “in fact related to work Cohen had solicited from a technology company during and in connection with the campaign.”

In total, Cohen had requested $180,035 in reimbursement from Trump’s private company for expenditures he had made to assist Trump’s campaign.

A reimbursement of campaign expenses by a private company alone could have put the Trump Organization in jeopardy, as private businesses are forbidden from contributing to campaigns (the same violation got AMI into hot water with prosecutors). However, that is not the only issue.

What the executives did with Cohen’s requested reimbursement raises the specter of tax and accounting fraud, both former prosecutors agreed. According to the criminal information Southern District prosecutors filed against Cohen, the executives “grossed up” the amount “for tax purposes,” effectively doubling it to $360,000, and then they added $60,000 on top of that as a bonus for Cohen, arriving at a total payment to Cohen of $420,000. That amount would be spread out over the full year of 2017 in $35,000 installments, for which Cohen would submit invoices requesting “pursuant to retainer agreement … payment for services rendered.”

These machinations, presumably, served a dual purpose. First, they allowed the Trump Organization to maintain the fiction, on its books and before its auditors, that Cohen was simply being periodically paid for legal work on behalf of the company, rather than reimbursed for one-time campaign expenses. “The Company accounted for these payments as legal expenses,” the SDNY prosecutors wrote. Second, in order to maintain consistency with the Trump Organization’s deceptive accounting treatment, Cohen would have to report the full amount received as taxable income on his tax returns, rather than accurately identifying it as an untaxed reimbursement. The increased, or “grossed up,” amounts would have been to cover Cohen’s resulting taxes, since the payments to him were being classified as income, rather than a reimbursement.

The contortions may not just put the Trump Organization’s executives at risk; they could expose the president’s cherished business as well.

“I think there’s a possibility of the Trump Organization as a whole being charged,” Rocah said.

“Charges against the Trump Organization seem like a way of addressing through one path what you might not be able to address through a different path,” Sandick agreed.

“I mean it seems pretty clear to me that the Trump Organization has criminal liability here,” Miller said. “You have the fraudulent contract with Cohen. And then you have the fact that they used corporate money to reimburse a campaign contribution. So that looks like a couple different crimes to me. That’s one thing you could do is you could indict the Trump Organization and possibly the unnamed executive, and then in that indictment you just make all of the facts public and you name the president as an unindicted co-conspirator.”

An indictment premised on the disguised reimbursement to Cohen could provide prosecutors with the vehicle to name the president as an unindicted co-conspirator. On Fox News Sunday, in the course of a discussion about President Trump’s prior denials that he knew about the secret payment to Stormy Daniels, the president’s personal attorney Rudy Giuliani appeared to admit that Trump was personally involved in the reimbursement scheme. “The president did talk to Cohen or to people in between,” Giuliani said, “and they arranged to reimburse Cohen. This is after the payment was made, after it was over — after the campaign was over.”

What may be tricky, however, is figuring out what part of the Trump Organization to charge, since it’s composed of many different entities operating under a single name. “You hold interests as the sole or principal owner in more than 500 separate entities,” Sheri Dillon and William Nelson wrote in a letter to the president dated March 8, 2017.

The letter was released to the public in lieu of disclosure of president Trump’s personal income tax returns.

Former prosecutors pointed out that a prosecution of a business organization would not be undertaken lightly. The Department of Justice’s frequently revised guidelines on the subject “generally tend to discourage charging organizations because of the concern about harm to third parties,” Sandick said.

On the other hand, it’s unclear how many employees the Trump Organization has, and thus could be affected, since much of their work seems to be in the area of licensing the Trump name, according to Sandick.

“The truth is nobody, even those of us in the alumni network, lived through something quite like this,” said Sandick. “I was there during 9/11 and we saw lots of huge cases, high profile things. I remember lots of big things happening in the office. But this is, kind of, of a different magnitude.”