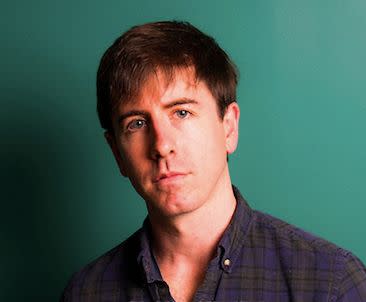 Before this crisis, there had never been more than a million new unemployment claims in a single week, according to seasonally adjusted Labor Department data going back to 1967.

More people than usual are losing their jobs, and policymakers have left workers to fend for themselves while the coronavirus pandemic continues virtually unabated within the U.S. But experts say the claims data is not exactly right, and probably fewer than a million people actually got laid off in the traditional sense last week.

“I do not think there actually are a million people losing their jobs every week now,” said Heidi Shierholz, a former Labor Department chief economist now with the liberal Economic Policy Institute.

Shierholz said the claims number would be closer to half a million if it weren’t for recent policy changes allowing more people to qualify for benefits. That’s still well above the level weekly claims in recent years, which have hovered around 200,000.

Multiple millions of people lost their jobs each week in March and April as state and local governments ordered businesses to shut down to encourage social distancing and slow the spread of the coronavirus. The majority of those early layoff victims, however, expected to return to the jobs that laid them off ― another unprecedented feature of the coronavirus recession.

James Dooley of Gig Harbor, Washington, for instance, lost his job driving a truck for a sand and gravel company due to the coronavirus shutdown in March. He started receiving unemployment benefits, along with the now-expired $600 federal supplement, but eagerly returned to work when they called him back a month later.

“It’s disheartening,” said Dooley, who has resumed his unemployment claim without the federal supplement.

More than a third of initial jobless claims in August were filed by people like Dooley, who got laid off, rehired and then laid off again, according to an analysis of Labor Department data by Andrew Stettner, an unemployment expert with the Century Foundation.

“You’ve already been kicked to the ground and you start to get up and you get kicked again,” he said.

It’s not a good time to lose your job. There are more than two unemployed workers for every job opening, according to the latest data from the Labor Department’s Bureau of Labor Statistics, which said in its most recent monthly employment report that there were 13.6 million jobless workers in August.

There are more than 26 million “continued claims” for unemployment benefits, according to Thursday’s report from the department’s Employment and Training Administration. The department characterizes continued claims as “persons claiming benefits,” but the number reflects claims, not actual people. It includes workers filing belated claims for multiple weeks, for instance, resulting in each week being counted as its own separate claim.

The Bureau of Labor Statistics tracks layoffs separately, and its data shows layoffs declined to their pre-pandemic levels in May.

The number of unemployment claimants is higher than the number separately tabulated as unemployed for a variety of reasons, including eligibility changes that have allowed workers to claim partial benefits even if they’re working part time. Stettner said 12% of new claims in August were for partial benefits, whose recipients would not count as unemployed.

In March, Congress created a special federal benefit to catch workers who aren’t eligible for traditional state-funded unemployment insurance, such as Uber drivers and entrepreneurs. Of the 1.5 million new claims the Labor Department announced Thursday, 630,000 were for the special Pandemic Unemployment Assistance benefits that did not exist in previous recessions.

The claims numbers are not compiled by economists in the same manner as other jobs data the Labor Department reports. Instead, 53 different state and territory agencies report them to Washington ― all of which have struggled with the fundamental tasks of answering their phones and offering functional websites.

Errors often plague data coming from state agencies, said Michele Evermore, an unemployment expert with the National Employment Law Project. Layoffs are “still higher than the highest point in history but the data is just so off and so bad right now,” Evermore said.

In an example of data volatility, Thursday’s report included a sharp drop in the number of ongoing claims for pandemic assistance, with the total number of people continuing to receive the new federal benefit after filing an initial claim falling from 14.4 million to 11.5 million, likely because California froze its pandemic program in order to clear a backlog and stop suspected fraud. Sophisticated fraud rings have targeted creaky benefit systems in state after state.

Stettner said that the new initial unemployment claims may not be a great proxy for layoffs in the sense that a million-plus people are not suddenly getting axed out of nowhere. Many people are losing long-held jobs, but some people are losing hours of work, and a significant chunk are losing jobs that they had already lost and regained.

Stetter said the numbers are still a reasonable measure of economic suffering.

“I still think it’s a million new people each week that are either losing a job or losing hours,” he said.

HuffPost readers: Lost your job because of the pandemic? Tell us about it ― email arthur@huffpost.com. Please include your phone number if you’re willing to be interviewed.

How The U.S. Unemployment Rate Is Calculated, And What It Really Means