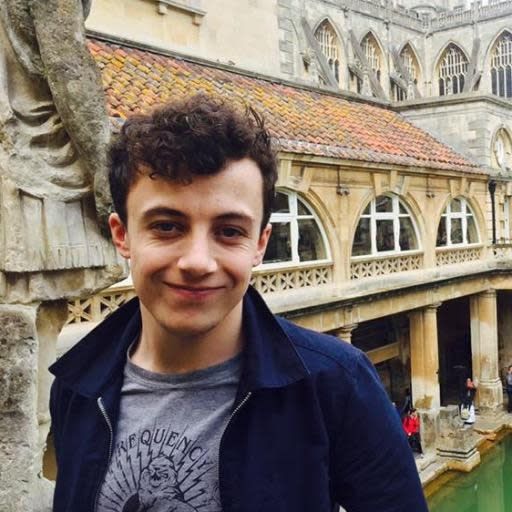 It looks like something straight out of a horror film, but this is the terrifying moment that a huge beetle invasion hit a beach in Argentina.

Beach-goers were said to have reacted with utter horror as the swarms descended on beaches in the resort of Mar de Ajo, 31 miles away from the capital of Buenos Aires.

And while no one is sure what exactly caused the huge swarms, conspiracy theorists say that it’s an apocalyptic ‘warning of impending doom’.

Perhaps more rationally, some have suggested that a nearby earthquake might have been responsible for the bizarre phenomenon.

One internet commenter, going by the name Khnagar, said: ‘It looks like Black Maize Beetle (Heteronychus Arator), which are known for having mass flights in the summer/autumn where they mate and all that.

‘Or it’s some similar type of beetle. They only live for a few days at that stage after crawling out of the ground.

‘So a lot of beetles flew, got swept out to sea by the winds, and then came back to the beach, most of them dead or dying. Most likely scenario I can come up with.’

The most likely explanation for the bizarre episode comes from scientists who say that the beetles live for two years underground before coming out to mate.

The ‘hatching’ then takes place every year, and although it usually takes place in January, it has been happening later for the last couple of years.

Some locals are now selling the beetles for almost £50 per kilogram -  after it was claimed that the insects can help to fight against cancer, AIDS, asthma and diabetes.