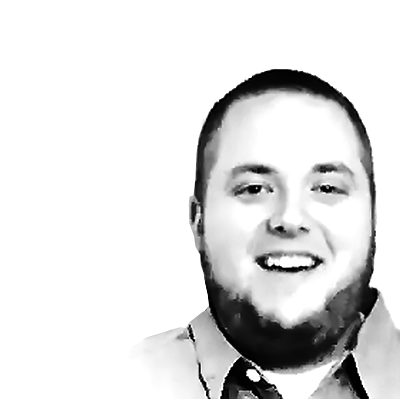 Every week throughout the season we’ll give you a college football viewing guide by highlighting the five best games of the coming weekend. We will pick those five games against the spread and highlight some other matchups that caught our eye from a betting perspective.

While there won’t be the usual packed stadiums and raucous tailgating scenes, the quality of college football Saturdays is about to improve dramatically.

Week 4 marks the triumphant return of SEC football as its members embark on a grueling 10-game conference-only schedule. Eight ranked SEC teams will be in action Saturday, including one of the day’s three ranked vs. ranked matchups: No. 23 Kentucky’s trip to No. 8 Auburn.

Not only is the SEC back, there are two other ranked vs. ranked matchups on deck, as well as conference games out of the ACC and Big 12.

No. 5 Florida at Ole Miss

You could argue that this week’s noon slate is as good as the first three weeks of the season combined in terms of intrigue. One of the games you should be glued to is Florida’s trip to Ole Miss. UF is entering its third season under Dan Mullen with high expectations. The Gators are a combined 21-5 over his first two seasons in Gainesville, with two New Year’s Six bowl wins. But the Gators have finished behind Georgia in the SEC East both years. Based on the SEC preseason media poll, many think this is the year UF moves past the Bulldogs.

For Ole Miss, this game marks the return of Lane Kiffin as an SEC head coach. Kiffin had a memorable one-and-done stint at Tennessee back in 2009 before bolting to USC. His time with the Trojans was tumultuous, but after stints at Alabama as an offensive coordinator and a three-year run as head coach at Florida Atlantic, Kiffin is back leading an SEC program. At Ole Miss, Kiffin inherits a program on the heels of consecutive losing seasons, but there’s plenty of talent — especially on offense — to work with.

Mark Stoops has led four straight winning seasons at Kentucky. Though receiver-turned-wildcat quarterback Lynn Bowden is now in the NFL, the 2020 Wildcats return Terry Wilson at QB. Wilson was the starter in 2018 when UK won 10 games for the first time since 1977. Now back from an injury, Wilson leads an offense that returns eight starters, including one of the best offensive lines in the country. The defense has seven starters back and should be strong once again. That experience will be tested against Auburn.

Now in Year 8 (somehow) under Gus Malzahn, Auburn enters the season with a lot of questions, but the most important position, quarterback, is shored up with Bo Nix. Nix had an up-and-down freshman campaign and is back for his second go-around alongside a veteran group of receivers and plenty of talent at running back. The offensive line, though, lost most of its experience from 2019. The defense lost many of its top performers from 2019, too, but has been consistently one of the better units in the SEC under Kevin Steele.

After a down year in 2019, Army has come out of the gates in 2020 operating at a very high level. In its two games, both wins, Army has outscored Middle Tennessee and UL Monroe by a combined margin of 79-7, averaging more than six yards per rush with its option attack. First-year starting QB Christian Anderson directs the attack with Sandon McCoy, Jakobi Buchanan and Tyrell Robinson as the team’s other leading rushers.

Cincinnati has just one game under its belt thus far, a 55-20 win over Austin Peay, an FCS program. Army will surely be a much tougher test, but the Bearcats are nearly two-touchdown favorites for a reason. Now in Luke Fickell’s fourth season, UC went a combined 22-5 in 2018 and 2019 and is one of the favorites to win the American Athletic Conference. And if an AAC champion wants to be in the College Football Playoff picture, a strong non-conference win could be key.

Mississippi State at No. 6 LSU

The other game to watch in the 3:30 window is the 2020 debut of the 2019 national champions, LSU. The Tigers lost an immense collection of talent from last year’s team (coaches, too), including Heisman winner and No. 1 NFL draft pick Joe Burrow. Myles Brennan, Burrow’s backup the last two seasons, will take the reins at quarterback. It will be mostly new faces on offense, but cornerback Derek Stingley and safety Jacoby Stevens are among the notable names returning on defense, which is now coached by Bo Pelini.

Stingley and Stevens may have their work cut out for them in the debut of Mike Leach’s Air Raid offense in the SEC. Leach had strong runs at Texas Tech and Washington State in the Big 12 and Pac-12, respectively. Will Mississippi State be next? After Dan Mullen left Starkville for Florida, the marriage between Joe Moorhead and MSU did not mesh. Now it’s Leach’s turn, and he brought in former Stanford QB K.J. Costello as a graduate transfer to lead the offense in Year 1. Tiger Stadium in Baton Rouge would be far more intimidating under ordinary circumstances, but will still be a tough venue for his SEC debut.

No. 16 Tennessee at South Carolina

There are a few solid options in the late window, including Florida State at No. 12 Miami, but the best matchup is an SEC East showdown between Tennessee and South Carolina. Tennessee rebounded from an ugly 1-4 start by winning seven of its final eight games in 2019. That momentum carried over to the recruiting trail and now there are expectations surrounding the Vols entering Jeremy Pruitt’s third season. The defense should be the stronger side of the ball for the Vols, but the offensive line is among the nation’s best. Could it pave the way to SEC East contention in 2020?

South Carolina has the chance to open its season with a statement following a rough 2019 campaign. Will Muschamp brought in Mike Bobo, the former Georgia offensive coordinator who lost his job as Colorado State head coach, to run the Gamecocks’ offense. Bobo brought a quarterback, Collin Hill, with him from Fort Collins. Hill beat out Ryan Hilinski, who started much of 2019 as a freshman, for the starting role in 2020. Like Tennessee, USC is stronger on defense. And if Hill and Bobo can help the offense improve, South Carolina could be a really tough team in 2020.

Kansas State at Oklahoma: The Sooners lost at Kansas State in 2019 and I don’t foresee that happening again this season. This is just each team’s second game of the season and Kansas State is getting nearly four touchdowns. I could easily see a backdoor cover late by the Wildcats. But the pick here is on the total. I think Oklahoma gets to 40 points in this game. Pick: Over 60.5

Iowa State at TCU: The Cyclones are looking to bounce back from a home shellacking to Louisiana, and TCU could be playing up to three quarterbacks on Saturday. So why not go with the over? I think Brock Purdy has a much better game and TCU’s offense shows a little life. The total is too low to ignore. Pick: Over 45.5

UTEP at Louisiana-Monroe: There’s nothing that makes me think UTEP has a chance of covering on the road. The Miners may be the worst FBS team this season and they’re getting less than 10 points. Yeah, ULM isn’t a world-beater either, but I’m taking the home team. Pick: ULM -9.5

UAB at South Alabama: South Alabama has covered in eight of its last 10 games and is 9-4 against the spread as an underdog since the beginning of the 2019 season. That includes a 5-1 mark as a home underdog. This week, the Jaguars are getting more than a TD against a UAB team that just lost its starting QB to a serious shoulder injury. I’ll gladly take the Jaguars again. Pick: South Alabama +7.5

Georgia Tech at Syracuse: Georgia Tech played a very competitive game against UCF last week and won’t face anywhere near that kind of offensive firepower against Syracuse. The Syracuse offense has been horrible but the defense has shown some fight, so I expect a fairly low-scoring game. During Dino Babers’ time at Syracuse, the under is 22-11-1 in games where the Orange is an underdog. Pick: Under 52.5