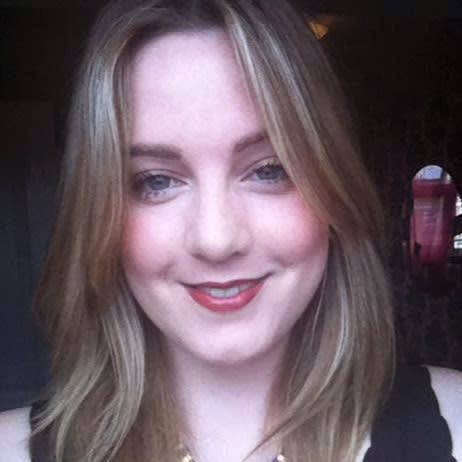 We’re always told to be ourselves at work, but while we can be as individualistic as we like in private, it’s often harder when we’re in professional mode. In order to fit in, we tend to hide aspects of our personality in a phenomenon known as “covering” — a term coined by sociologist Erving Goffman in his 1963 book Stigma.

Covering is a form of identity management in which we change our personalities, how we communicate and how we look in order to assimilate into an environment. Essentially, we’re driven by an inherent need to please and conform — either to downplay a stigmatised identity, or to avoid appearing as different. According to a 2014 report by Deloitte, 61% of employees do some form of covering.

“Often people feel they have to have a professional persona at work, a lot of this goes back to how we think about traditional workplaces where the culture made it difficult to talk about personal lives, and challenges people face.

READ MORE: Why forcing people to turn on their Zoom cameras isn't inclusive

“A lot of this comes down to fear — fear of what other people may think, fear of appearing not professional enough, fear of not fitting in with ’the norm’ — which can be hard because we’re social beings and appearing to be the same as others is comfortable,” says Gemma Leigh Roberts, performance psychologist and Founder of the Resilience Edge.

“As it turns out, the way teams allow people to ‘be themselves’ at work has important implications. Recent research suggests that work environments where people feel able to take interpersonal risks not only perform better, but are also more creative.”

“It’s important for employees to feel that they can be themselves without being judged to make them feel psychologically safe,” explains Roberts.

First described in a 1999 academic paper by Amy Edmonson, an organisational behavioural scientist from Harvard University, psychological safety describes a climate in which speaking up is allowed and expected. If an employee feels psychologically safe, they’re able to be themselves, take risks and be creative without fear of being ostracised and embarrassed.

READ MORE: Why being a 'jack of all trades' is a good thing

“This in turn makes it easier to connect with others, lean on team members for support, be honest when mistakes happen, push the boundaries of innovation without worrying if things don’t go to plan,” Roberts says.

Being authentic at work is also a lot about aligning personal values with organisational values. “If an employee can be themselves comfortably, they’re a lot more likely to be motivated, a high-performer and happy,” she adds.

Creating a culture which celebrates diversity is also better for business too. “Highly inclusive” organisations generate 1.4 times more revenue and are 120% more capable of meeting financial targets, according to Deloitte research.

Being authentic is a key factor when it comes to building trust in an organisation. Being able to trust your colleagues and managers not only makes it easier to work together everyday, but it also boosts productivity, engagement and ultimately, a company’s bottom line.

Research suggests another key benefit of being yourself at work is the ability to problem-solve more effectively. In 2018, a study by Mark Fotohabadi and Louise Kelly published in the Journal of General Management showed that more authentic leaders tend to engage in active, constructive conflict behaviours. In other words, being authentic is essential to resolving conflict at work in a helpful and positive way.

READ MORE: How to get over 'career fear'

That being said, showing the side of you that your family and friends see while at work is easier said than done. So how can you be more authentic?

Firstly, leaders need to model the behaviour themselves, so employees know there is no risk of judgement or embarrassment if they are themselves too. “Focus on creating a culture that supports psychological safety. If people feel safe to be themselves without experiencing negative reactions, they’re more likely to embrace authenticity,” Roberts says.

It’s also important not to make people reveal more about themselves than they are comfortable with. “Don’t force people to show every part of themselves at work, just help them to show their true selves where it’s comfortable,” she adds. “For example, I may not want to speak with my clients the same way I do with my friends over a glass of wine on a Friday night.”

READ MORE: Is a noisy office ever a good thing?

And remember, you still want boundaries. There’s nothing wrong with wanting to appear more diligent, agreeable and organised in a working environment. In a Totaljobs survey of 4,000 UK-based employees, 52% said that changing some aspects of their personality at work is essential. Moreover, 97% of respondents who change their personality said they do it to appear more professional.

This is less about hiding your identity, but enhancing characteristics necessary for working in a professional environment. “Yes authenticity at work is ideal, but you still need to help people make the judgement call about what’s appropriate behaviour,” Roberts says.