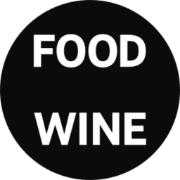 Anyone who doesn’t believe weather can dramatically impact wine production need look no further than 2017 and 2018. The International Organization of Vine and Wine (OIV) recently released its annual State of the Vitiviniculture World Market report and the shift over the past two years is the most dramatic they’ve seen since they began tracking this data in 2000.

The massive turnaround was driven by significant increases in production in the world’s top three wine-producing countries: Italy, France, and Spain produced 55 million, 49 million, and 44 million hectoliters each. For Italy and Spain, 2018 was one of their best years on record, and in France, production was the highest it had been since 2011. (Unlike the other two, France has seen its production generally trending downwards.) The U.S. was fourth in production last year, keeping generally steady at 24 million hectoliters. Rounding out the list of top-producing countries was Argentina (15 million), Chile (13 million), Australia (13 million), Germany (10 million), South Africa (9 million), China (9 million), Portugal (6 million) and Russia (6 million).

So how’s 2019 looking? The biggest weather news in Europe so far has been the massive June heatwave that brought record temperatures to France. But though heat at the wrong time can spell disaster, the AFP reports that this year’s heatwave hit precisely at the right time. “Two of three days of heatwave in Bordeaux at this time, it's magic!” Philippe Bardet, head of the Bordeaux Wine Council, was quoted as saying. Apparently, a blast of high temperatures can burn off mildew which Bardet said is “very, very good for quality.” Obviously, we have plenty of weeks left to go during the growing season, but at this point, so far, so good.